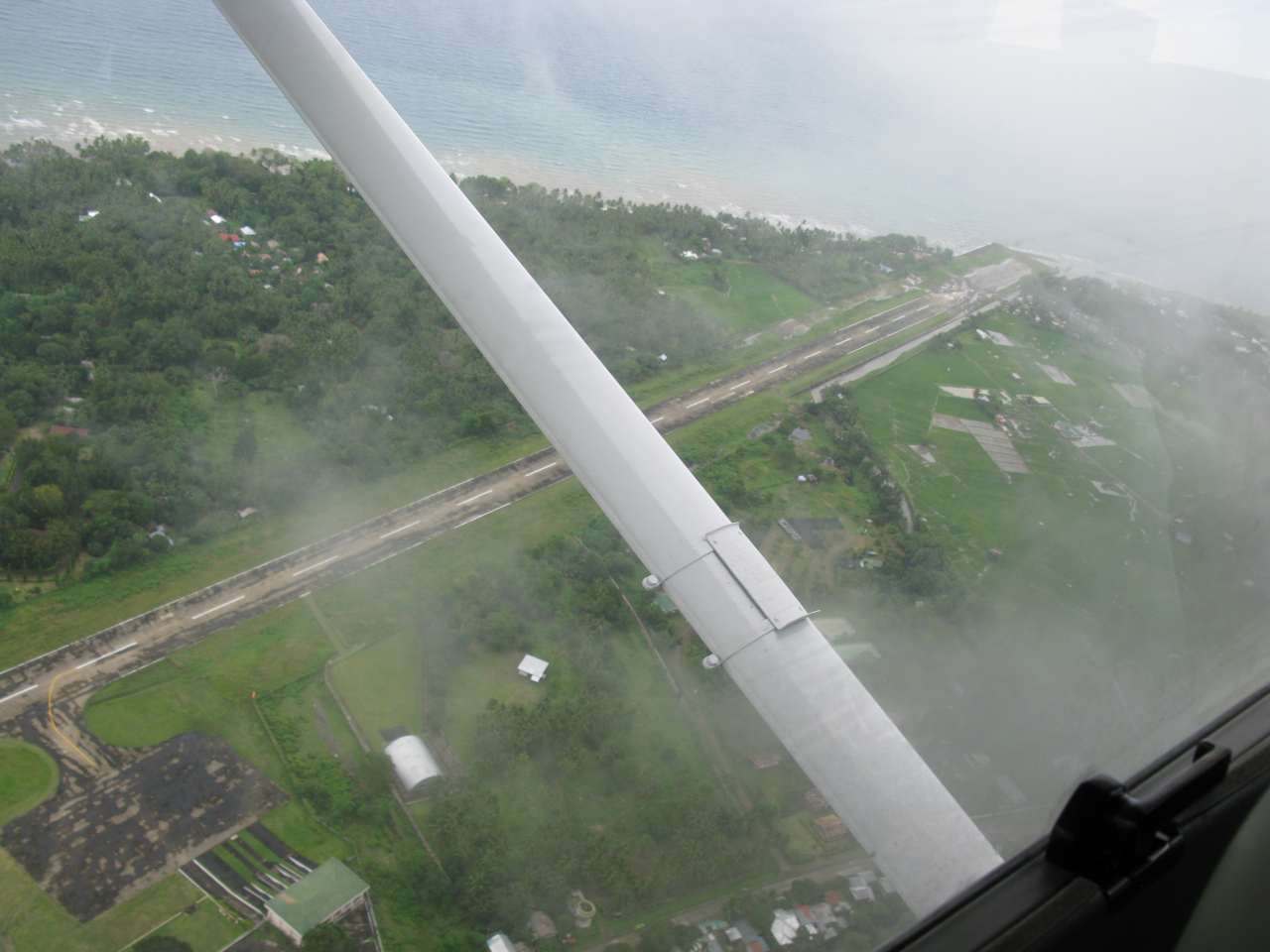 There is no new information at this moment. As usual in the Philippines, gossip spreads at light speed, but the information is more than confusing. The only secured information we got is about the crew and the passengers. The crew consisted of two pilots (one of them still a student pilot). There were 3 passengers, 2 adults and a boy of 3 years age.

To give you an idea of the flight from Cebu to Camiguin, we have compiled a series of pictures from our flight a year ago (February 28, 2011). This flight had been with the sister aircraft of today’s crash. A Cessna 172, RP-C208.
The weather conditions on our flight a year ago were worse than today’s weather that had been rather fair. 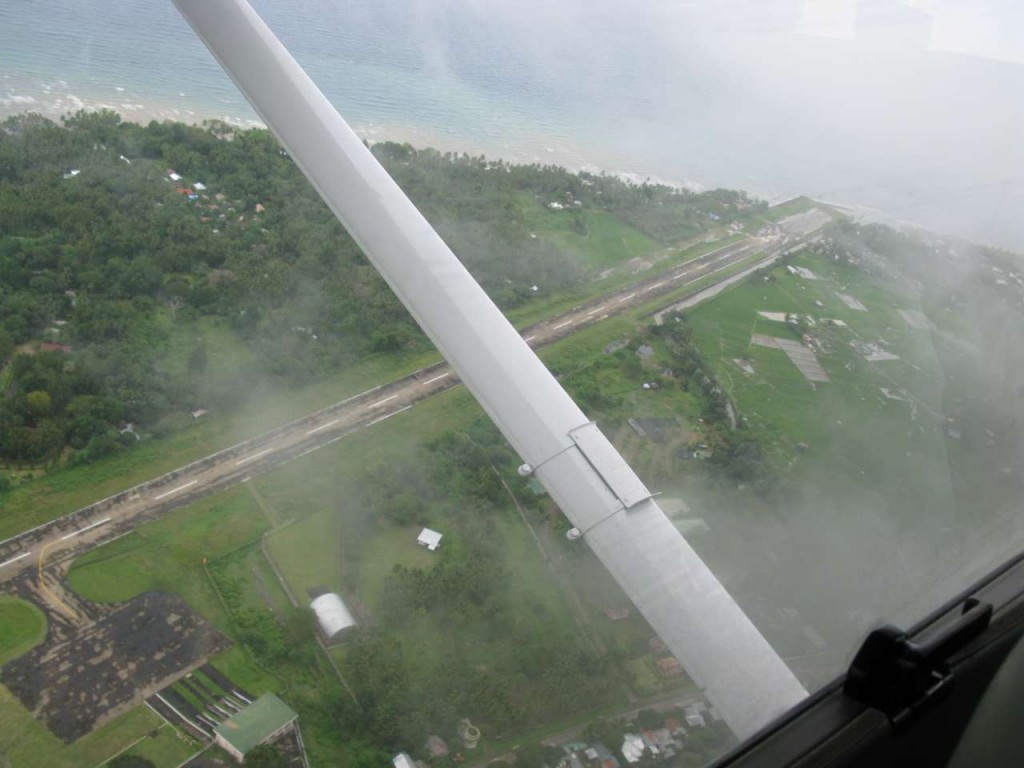 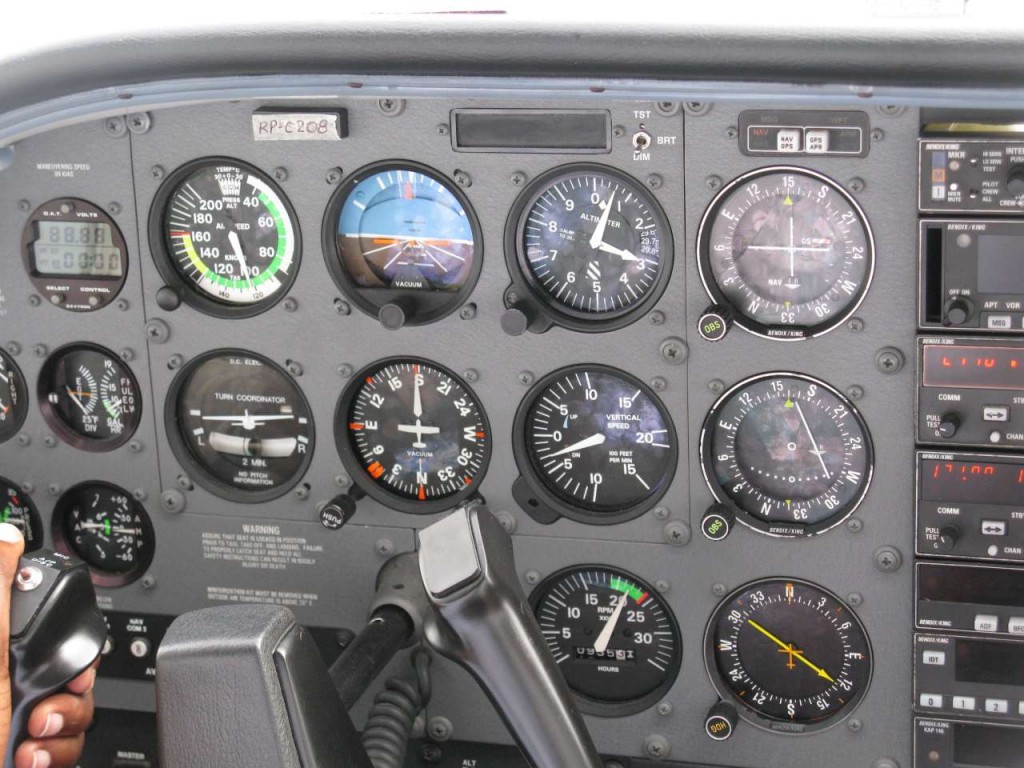 The configuration is a bit strange: Engine on 2300 rpm and vario minus 3 ft/s. But OK, the pilot flying is still a student 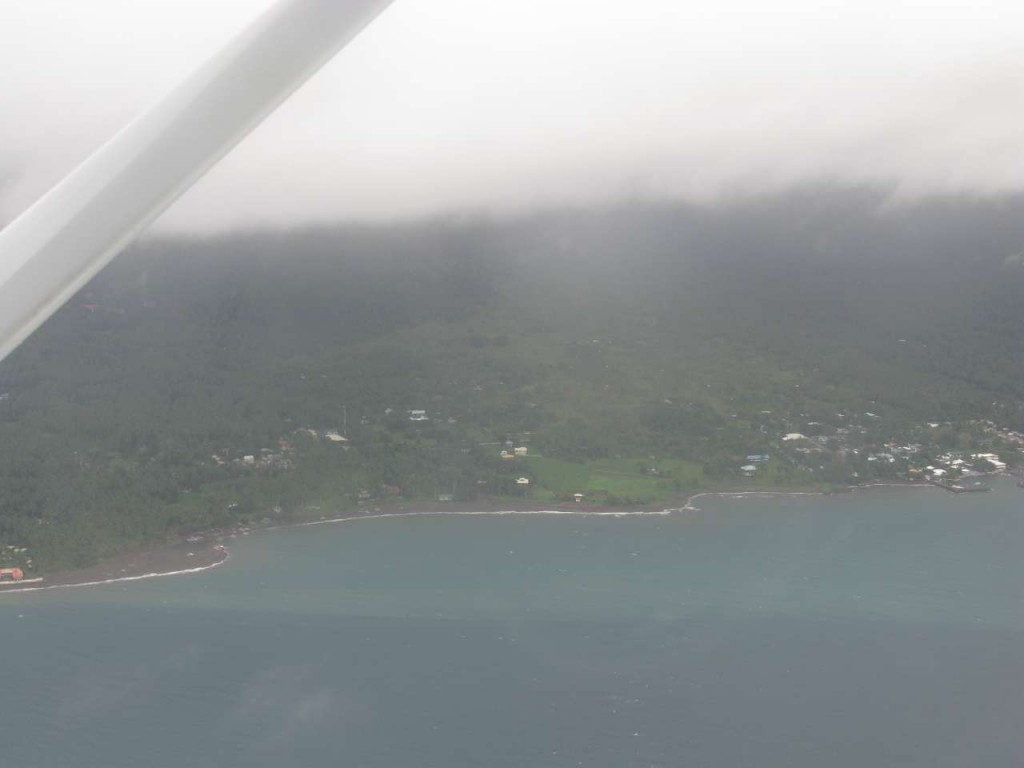 Downwind leg. Low ceiling at about 600 feet. The picture shows the coast between Agoho (left) and Yumbing (right) 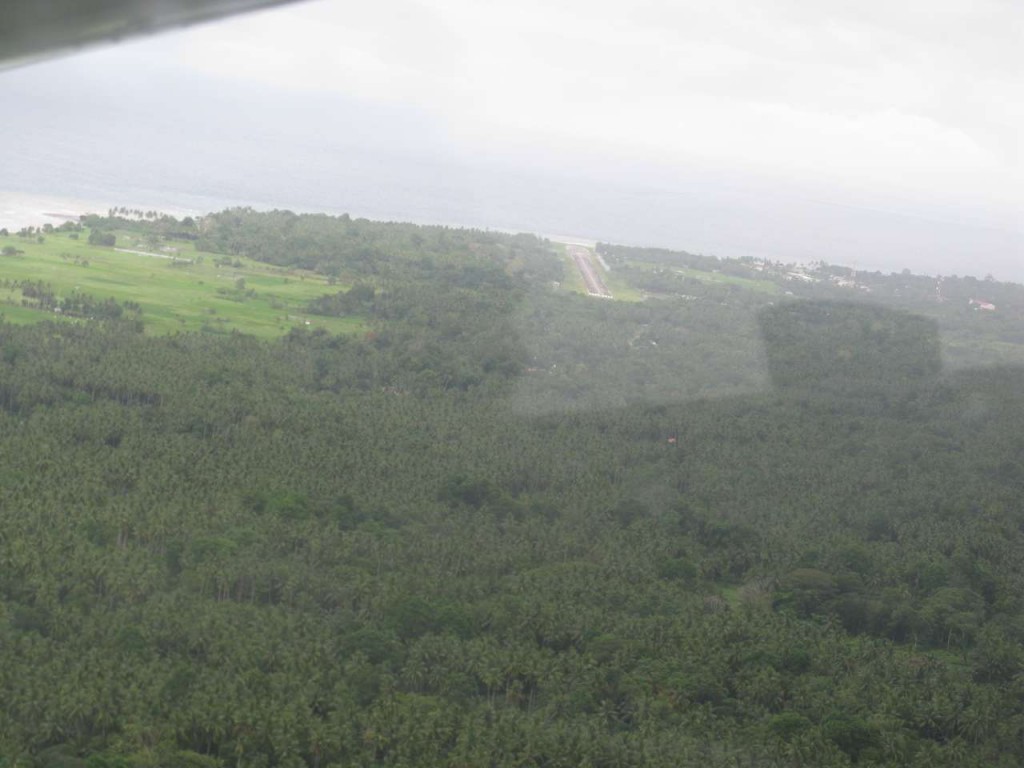 Final on RWY-07. Below the cloud ceiling the view is absolutely OK. 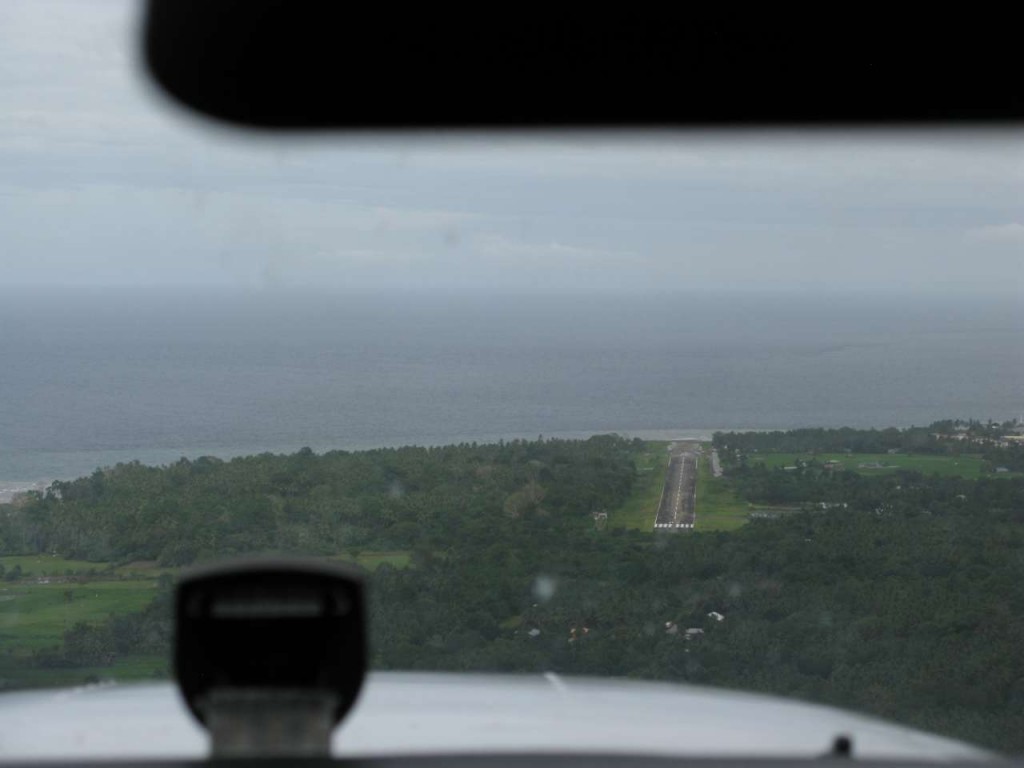 Good alignment and the windsock is visible. No cattle and people on the runway! 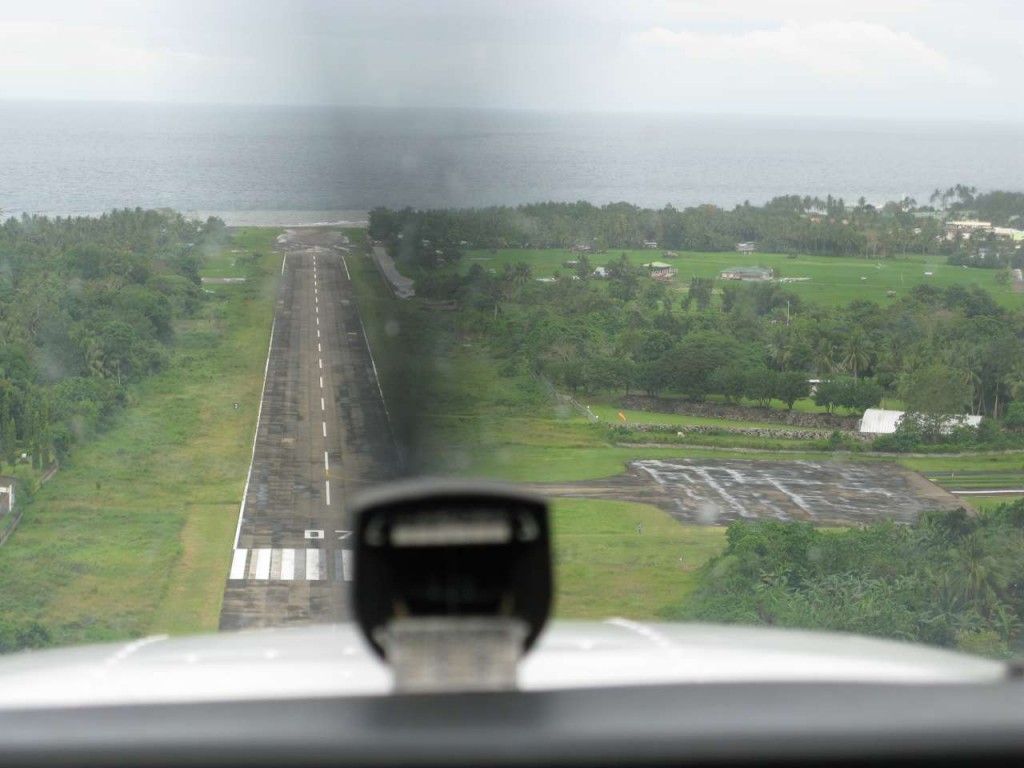 5 seconds to touch-down. The windsock shows about 15 kts headwind. They still have not yet cleaned the end of runway 07/25! 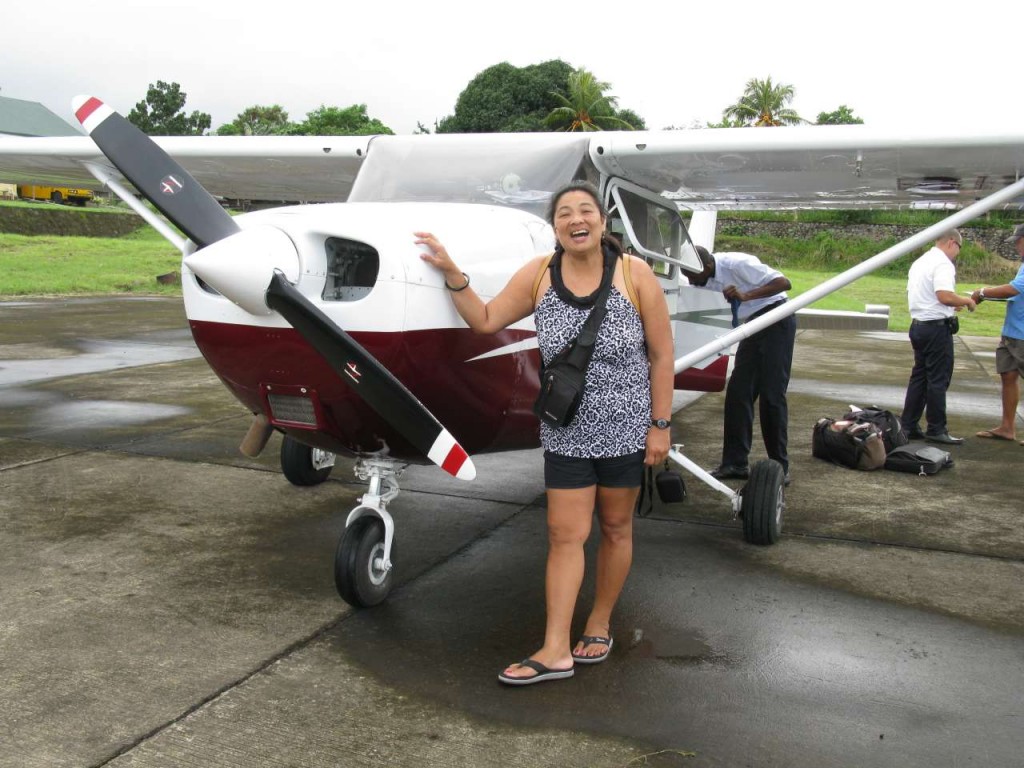 Lucky bird and happy passenger. The Aviatours RP-C208 on the parking space of Camiguin airport.