Bulusan volcano is nervous – A team from the Philippine Institute of Volcanology and Seismology (PHIVOLCS) central office will be in Sorsogon province this week to conduct a survey of Mt. Bulusan’s edifice, after another phreatic explosion occurred at 5:01 p.m. on Monday.

PHIVOLCS resident volcanologist in Sorsogon, Crispulo Dialato, said they will also study Bulasan’s abnormal eruption patterns, with a recorded series of phreatic explosion by Mt. Bulusan since last year. It was reported that residents of Bgy. Puting Sapa, Juban town, felt the rumblings and spewing of tall columns of volcanic ashes from Bulusan last Monday afternoon. PHIVOLCS recorded five earthquakes within the 24-hour period on Tuesday at the surroundings of the volcano.

PHIVOLCS also noted on Tuesday traces of volcanic ashfalls in Bgy. Puting Sapa and two adjacent villages of Juban town and the neighbouring villages of Irosin, Sorsogon.
Juban town officials fear that an eruption of Bulusan volcano that may occur this year would further affect the living conditions of rural residents after they  were devastated by Typhoon “Nona” in December 2015.

Alert Level 1 (abnormal) remains in effect over Bulusan volcano. This indicates that hydrothermal processes are underway beneath the volcano that may lead to steam-driven eruptions. The local government units and the public are reminded that entry to the 4-kilometer radius Permanent Danger Zone (PDZ) is strictly prohibited due to the possibility of sudden and hazardous steam-driven or phreatic eruptions. Civil aviation authorities must also advise pilots to avoid flying close to the volcano’s summit as ash from any sudden phreatic eruption can be hazardous to aircraft. Furthermore, people living within valleys and along river/stream channels especially on the southwest and northwest sector of the edifice should be vigilant against sediment-laden stream flows and lahars in the event of heavy and prolonged rainfall. DOST-PHIVOLCS is closely monitoring Bulusan Volcano’s condition and any new development will be relayed to all concerned. 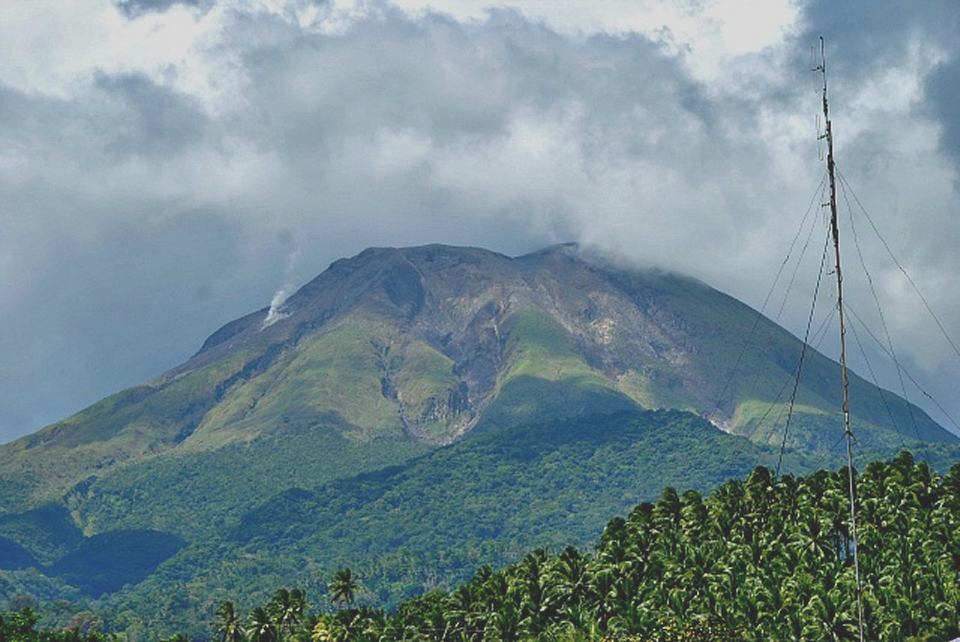 Luzon’s southernmost volcano, Bulusan, was constructed along the rim of the 11-km-diameter dacitic-to-rhyolitic Irosin caldera, which was formed about 35,000-40,000 years ago. Bulusan lies at the SE end of the Bicol volcanic arc occupying the peninsula of the same name that forms the elongated SE tip of Luzon.