The eruptions lasted around 12 minutes and 25 seconds, respectively, based on visual observation and seismic recording. These events were recorded by the Kanlaon Seismic Network as explosion-type earthquakes. The first event was accompanied by a booming sound heard in Sitio Guintubdan, Brgy. Ara-al and Brgy. Yubo, La Carlota City, Negros Occidental and Brgy. Pula Canlaon City, Negros Oriental.
From the south-eastern side of Kanlaon Volcano, the eruption plume was observed to have reached 1500 meters above the active crater. Incandescent ejecta apparently caused small bushfire at the upper slope as observed from La Castellana. Traces of light ashfall were reported in Sitio Guintubdan, Brgy. Ara-al, La Carlota City, Negros Occidental.
The eruption was followed by two episodes of volcanic tremor from 10:38 PM 29 March to 00:26 AM 30 March and from 01:30 AM this morning to present (ongoing). Continuous GPS data as of 14 March 2016 indicated slight inflation of the Kanlaon edifice since December 2015.

The ejected ashes were blown westward from the crater. Yesterday rather strong winds from east (easterlies) blew over the central and southern Visayas. In Camiguin we encountered waves of up to 1.5 meters.

This means that it is currently in a state of unrest probably driven by hydrothermal processes that could generate more minor eruptions. The local government units and the public are reminded that entry into the 4-kilometer radius Permanent Danger Zone (PDZ) is strictly prohibited due to the further possibilities of sudden and hazardous steam-driven or minor ash eruptions. Civil aviation authorities must also advise pilots to avoid flying close to the volcano’s summit as airborne ash from a sudden eruption can be hazardous to aircraft. DOST-PHIVOLCS is closely monitoring Kanlaon Volcano’s activity and any new development will be relayed to all concerned.

Kanlaon Volcano is one of the active volcanoes in the Philippines. It is permanently monitored by PHIVOLCS.  5 permanent and 1 mobile seismic stations measure the movements of the volcano body. 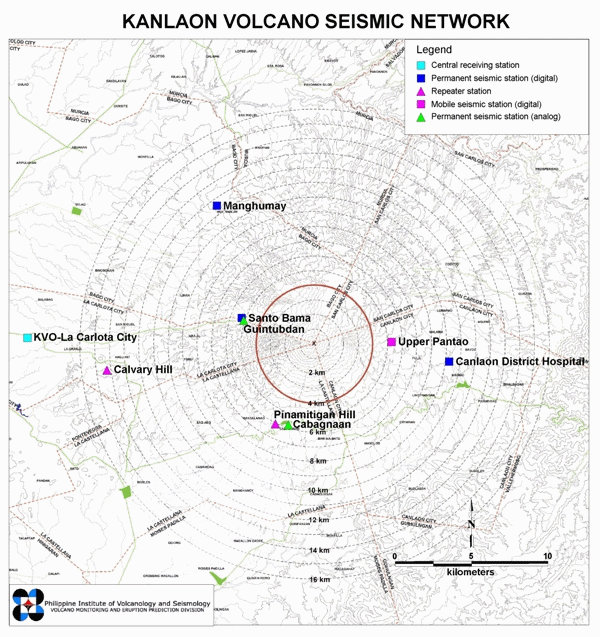 Caution: Yesterday’s two explosions were only weak ones. Some websites and blogs diffuse old pictures with much heavier eruptions. There is no immediate danger on Negros island, but it is strictly forbidden to penetrate inside the Permanent Danger Zone (PDZ). This 4 kilometres circle is marked red in above map. 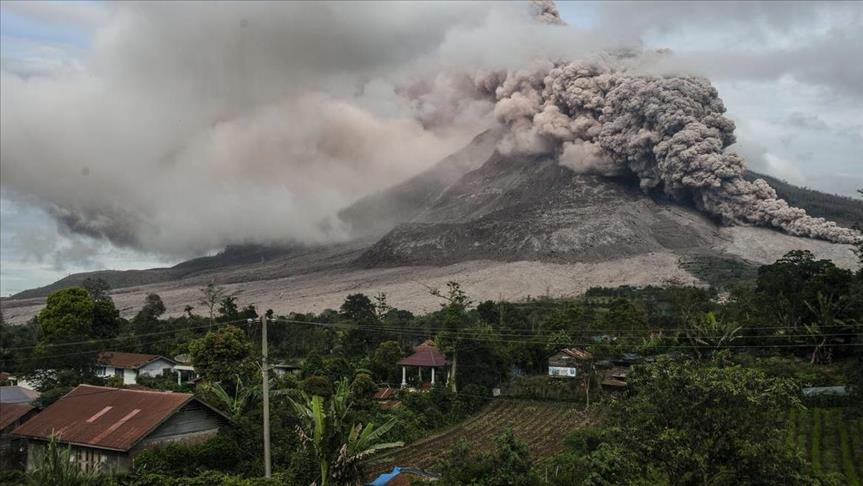