With the theme, “Kinaiyahan Atong Amping Kalamboan Alang Sa Tanan”, meaning “Take care of our nature, our future depends on it”,  the Camiguin Lanzones Festival 2015 will formally kick off on October 18, 2015 but there are already events October 6 and 17.

The Camiguin Lanzones Festival 2015 is celebrated for the 36th year. The Lanzones Festival is one of the two most important events on this little Island in the Bohol Sea. The other event is the Paanad on Easter Weekend.

At the start of the event, the festival is marked by a weekend full of activity with street dancing, parades and cultural heritage shows that celebrate the region’s rich history. The event is incomplete without the beauty pageant where beautiful girls drawn from the area battle it out for the coveted title. Additionally, the festival is also home to a trade fair where the works of local artists are displayed. Look out for handicraft products and works of art that interest you, and get a souvenir or two.

One of the most remarkable things that tourists will notice about this festival is that houses and street posts will often be decorated with Lanzones. By indulging in the Lanzones festival, visitors are often awed by the need to remain grateful for a bounty harvest as well as for a rich cultural heritage in their choice destination.

As every year in the past, it had been extremely hard to get a copy of the official schedule of the Camiguin Lanzones Festival 2015. But we got it in form of pictures from photocopies. 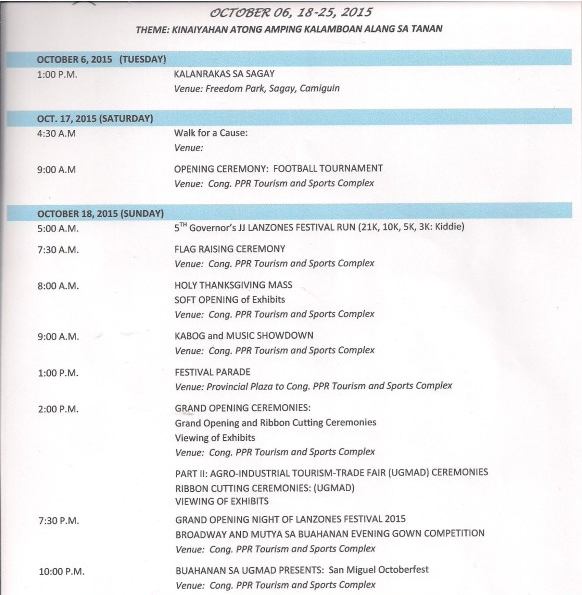 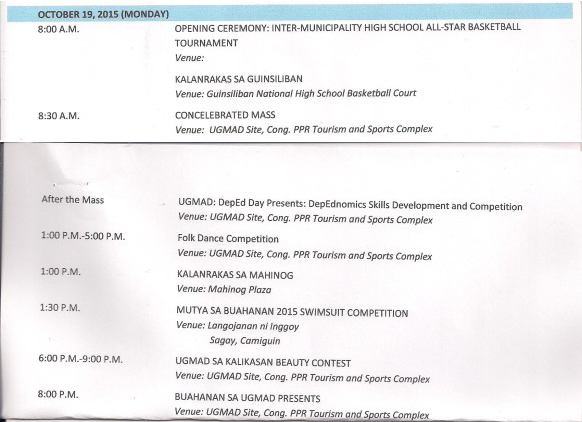 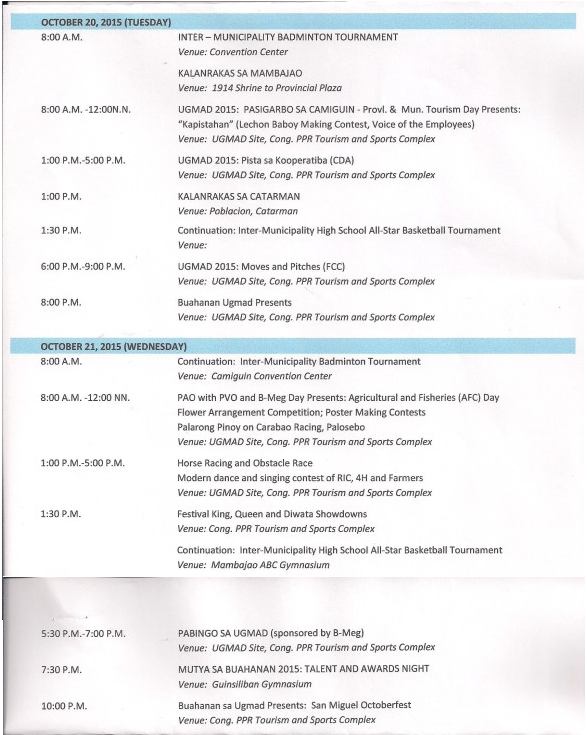 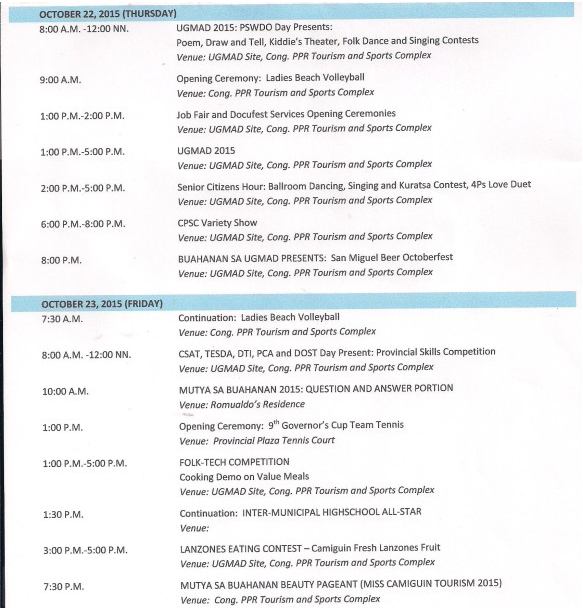 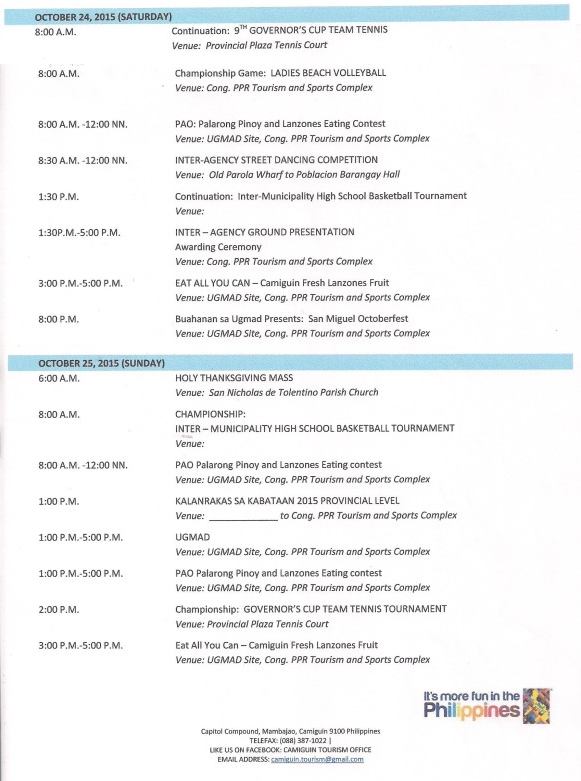 During the Lanzones Festival in Camiguin, October 18-25, 2015 the ferries between Balingoan and Benoni will be extremely crowded. You risk to have to wait several hours in the ports. Especially car transportation capacity will be very limited. We have seen cars queueing up for 12 and more hours. Schedules are here.
The ferry from Jagna (Bohol) to Camiguin sails at 1 p.m. from Jagna on Monday, Wednesday and Friday.

Please be aware that the air-transportation capacity per day is only 72 passengers. Flights are from Cebu to Camiguin, leaving Cebu at 06:10 a.m. on Monday, Wednesday, Friday, Saturday and Sunday. Airline is CebGo.