Camiguin Telecom back to the Quality of 1994? 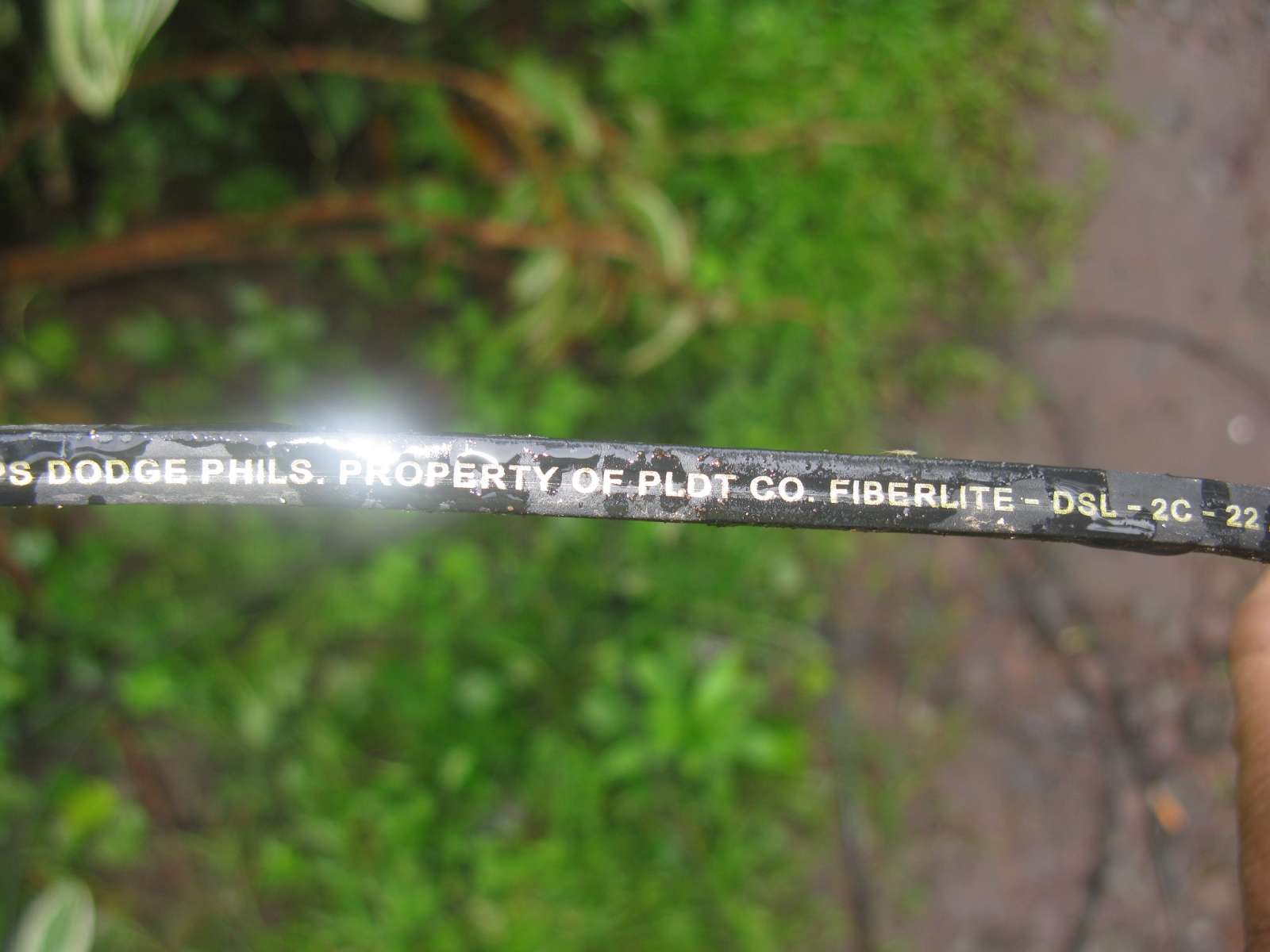 The local provider of telecommunication services on the small island of Camiguin seems to feel the anger of frustrated customers. This morning the bill’s collector came to our house as usual to collect the phone bill of last month. Stapled on the bill I found this little paper: 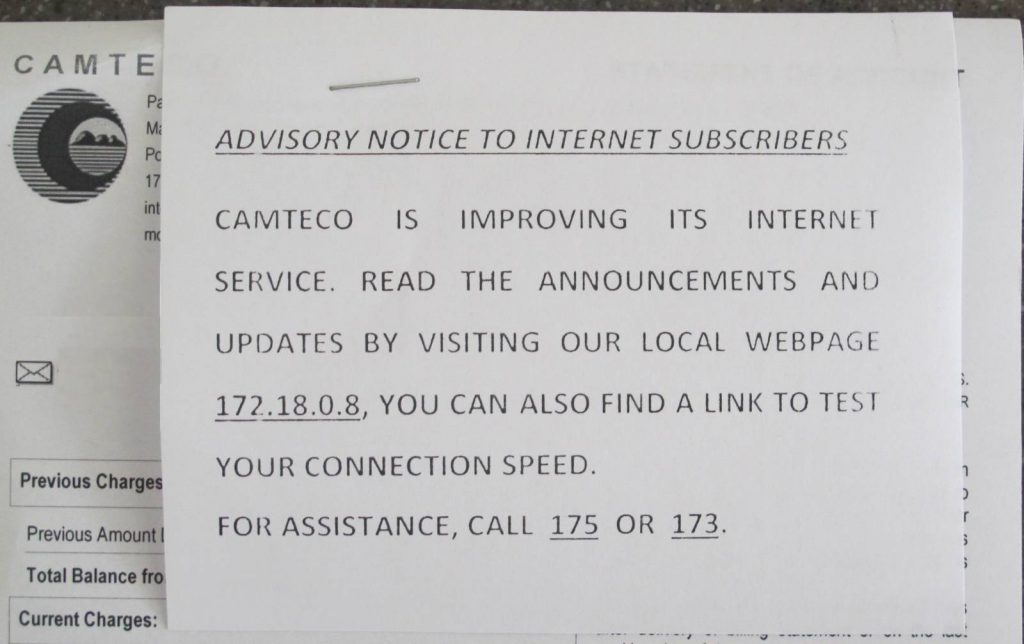 I really had been excited because just now we are testing different providers with different connections. I did just a quick and dirty test. Here is the result. Both tests went towards the PLDT server in Manila. I stayed in the same location and used the same computer. For non-networkers: The Latency informs about the time passed between sending a request and receiving the begin of answer. CAMTECO was 9 times slower than SMART. Mbps download indicates how much date one receives from the Internet per second. Camiguin Telecom was 25 times slower than SMART. And finally Mbps upload informs about the speed of sending data. SMART was 11 times faster than CAMTECO.

The excitement vanished immediately. Where is the improvement?

Where are the Good News ?

As indicated on the little paper on the bill, I went to the local website of CAMTECO. If you are a current customer, you can try 172.18.0.8 in your browser’s address bar. As it is an internal server of Camiguin Telecom, only active customers can reach this website. I report some extracts which do not violate their copyright.

CAMTECO is working to restore the quality of service when we started in 1994(1). Visit this site more often for announcements and tips to improve our service.

Internet speed improvements
As a small provider we have limited bandwidth to connect you to the outside world(2). With this tips we can improve your browsing speed. We also need your cooperation.

This text is followed by recommendations such as using a Proxy server or use of basic versions of services like facebook (mbasic.facebook.com). They also recommend to watch movies after 10 p.m. They say:

We setup an internal-only Speedtest server(3) so that you can check your connection speed. The higher speed, the better. The lower ping time, the better. Click here to run it. (The link works only for CAMTECO customers.)

(2) This is one of the main problems in the provinces. Data transmission is big business and is big money.

(3) This is a bit cheating. What you see in this test is not what you really get. It just shows the possible speed of the cable from your home to Camiguin Telecom. The picture below shows the values retrieved from the local server in Camiguin. 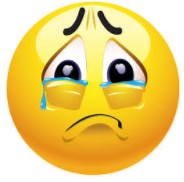 I do not want to humiliate Camiguin Telecom. They have fine guys who know their job. The line-men help customers even during thunder storms. But their equipment ??? CAMTECO suffers clearly from the 3rd World Effect.

Sorry, for once I am fully pessimistic.
Camiguin Telecom is not competitive. They can neither match the performance, nor the service, nor the price. Without big investments and without a guaranteed return on investment, they will disappear soon. During the often occurring brown-outs their network is fully off-line. How cam you then call one of the emergency numbers?
The two big telcos deliver much better service for less money and they even work during brown-outs.
The population’s telecom service consumption is growing extremely fast. Every kid has a cellphone (or two). Landline is the past out in the deepest province.
Maybe CAMTECO could be transformed into a government service. Delivering telecom services exclusively to government agencies. This would free up performance for commercial customers of SMART and GLOBE. This would also allow to set up confidential intranet links for the government.  And last but not least it would preserve the jobs of many good employees.

There will soon be more such changes.

I say it in my own language: Après moi le déluge. Désolé.