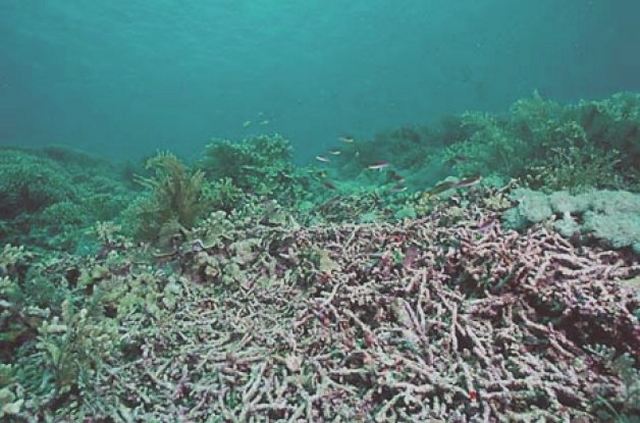 Diver’s Depression – do not to confound with diver’s decompression – can occur when encountering human made destruction under water. It happened to me yesterday.

OK, it hadn’t been a sunny day yesterday. Heavy grey clouds dimmed the light and it rained all morning, sometimes even heavily. We went diving just off Tupsan where a slope gentli goes down from 5 to 18+ meters. What I did not know up to this moment – this site had been a location of heavy dynamite or blast fishing 20 years ago.

Imagine walking over an ancient graveyard during a foggy November evening. The light was about the same and the destroyed coral-blocks remembered overthrown grave-stones. 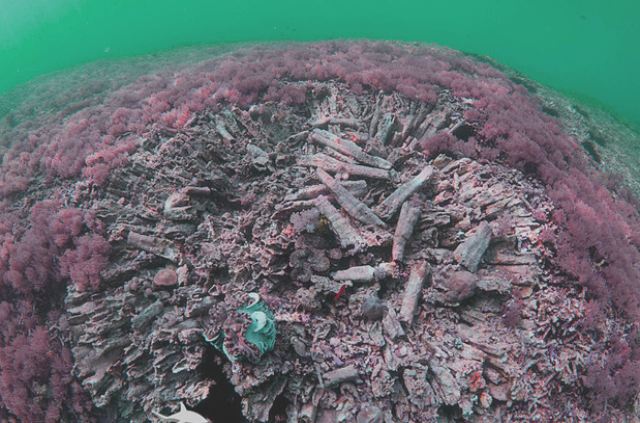 The national government started to act against blast fishing and others only in 1998 with the REPUBLIC ACT NO. 8550. Fortunately the local government of Camiguin prohibited any kind of explosive, poison and electrical fishing some years earlier. But after now more than 20 years, fauna and flora are still sparse.

In some spots young corals are now growing. It seems to me that the new corals prefer to settle rather on the old coral branches than on the artificial reef elements put in some places. These concrete blocks are funny for sea urchins who occupy every whole of the blocks. I didn’t find any coral polyps on these blocks. May the chemical composition of the concrete is not what polyps love.
Reef-building coral is a tiny polyp-like animal that builds a calcium-carbonate shell around itself and survives in a symbiotic relationship with certain types of algae. Its reefs serve as vital spawning and feeding grounds for numerous marine creatures. It comes in some 1,500 known species, ranging from soft, undulating fans to those with hard skeletons that form reef bases.

When I came back to surface after 65 minutes, my soul was grey and I felt sad. I hope, we’ll never see again this kind of fishery. 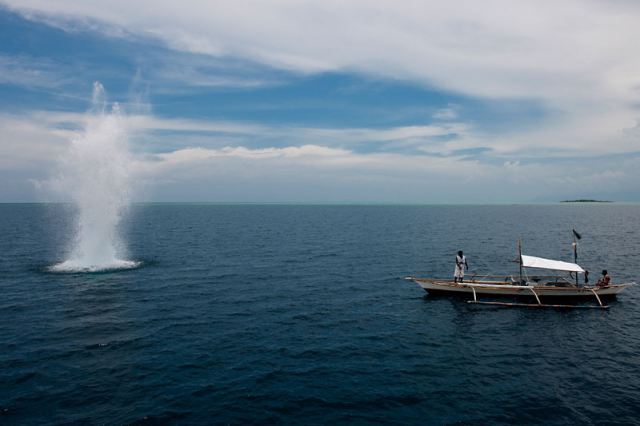 Maybe REPUBLIC ACT NO. 8550 will help. But if there is no control, the fisher guys will use it. So, please read this extract. The full text is here.

THE PHILIPPINE FISHERIES CODE OF 1998

SEC. 88. Fishing Through Explosives, Noxious or Poisonous Substance, and/or Electricity. –