Floods in Mindanao – soon in the Southern Visayas 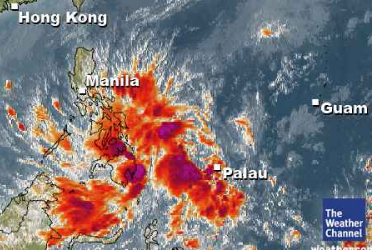 The floods have begun. Near General Santos (Southern Mindanao) hundreds of houses in two major villages here were submerged in floodwaters as another major waterway swelled anew over the weekend due to heavy rains in the area during the last two days.

Significant portions of Barangays Lagao and Baluan have remained flooded due to the impounding of huge volumes of floodwaters from the nearby Kalaja River. The floods already affected 630 families that were situated in low-lying areas of the two villages.

The floodwaters reach waist-deep in some areas but there has been no evacuation as the affected residents decided to just remain in their areas.

And the weather forecast is not promising better conditions: