It’s more fun in the (northern) Philippines during Amihan 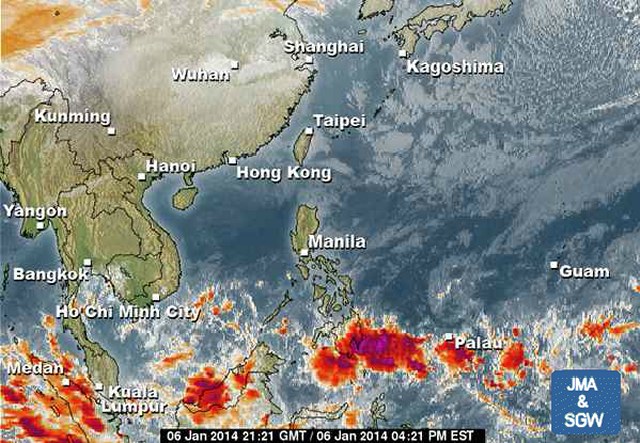 We expected it since begin of December, now it is here: The southern Philippines Wet Season.

The sky is some 50 shades of grey and very often it get’s really wet. Usually the wet season in the south of the Philippines lasts during 8 weeks from begin of December until end of January. But in the last 3 years this wet season moved 4 to 5 weeks towards the coming year.

This weather has two origins.
1. The north-east monsoon called Amihan is bringing cold air from continental China and Russia.
2. The “Easterlies”, a steady flow of warm and humid air comes from east, just north of the equator.
These two masses of air meet over the southern Philippines, but also over Palau and even more eastwards. They produce heavy clouds and rainy conditions.

Recommendation for tourists: Head north! But be aware that up in the mountains it can get awfully cold (nearly freezing).

Remark: Yesterday I mixed up Amihan and Habagat. Sorry! But the correction does unfortunately not change the weather – haha.