Strong Earthquake in the North of the Philippines early this morning. PHIVOLCS reported very early a Magnitude 5.0 quake near Ambaguio (Nueva Viscaya).

Early this morning the map of the ten most recent earthquakes looked as this: 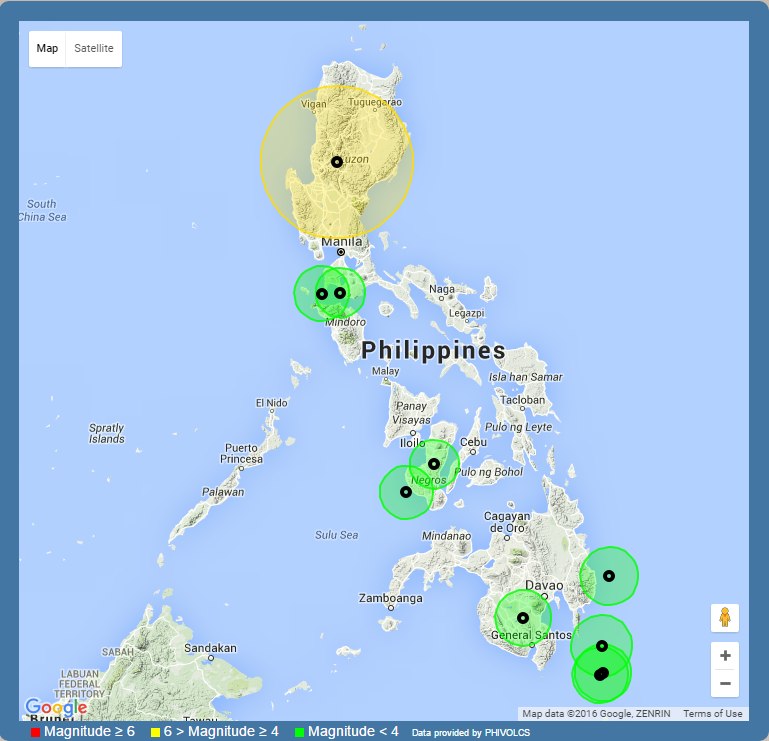 The yellow marked earthquake is the initial one about 012km south and 85° west of Ambaguio in Nueva Viscaya. This earthquake of magnitude 5.0 was felt in most parts of northern Luzon. The yellow circle shows approximatively where the quake could be felt.

The green circles are weak quakes from yesterday.

Later this morning PHIVOLCS published the data of the aftershocks. The map changed dramatically: 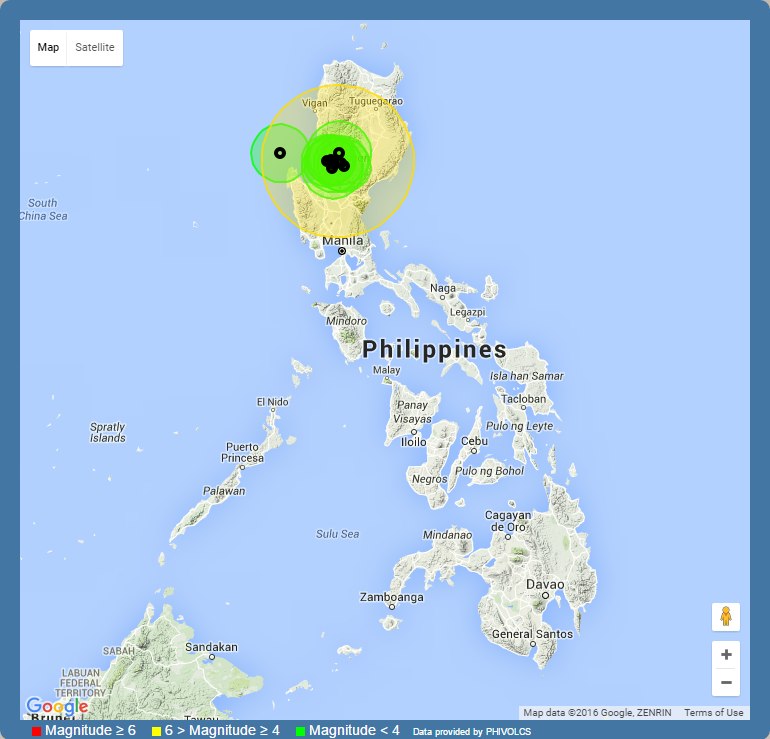 The north was struck by 10 aftershocks until 8:14 a.m. The magnitudes of these  aftershocks were between M2.0 and M3.5

Here is an enlarged version of the region: 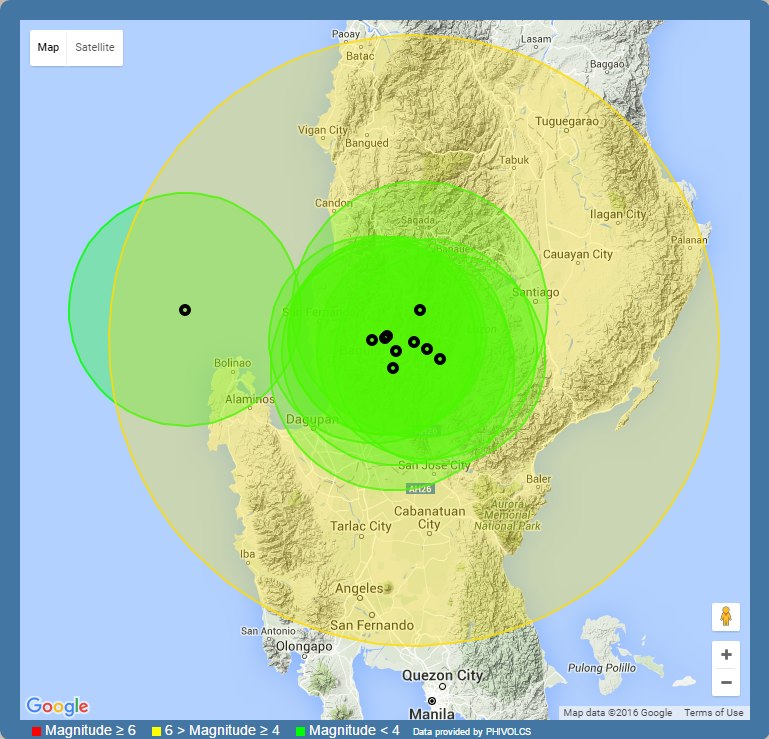 Fortunately no damages or fatalities were reported from this strong earthquake.