Have you packed your luggage, Mr. Andrews? 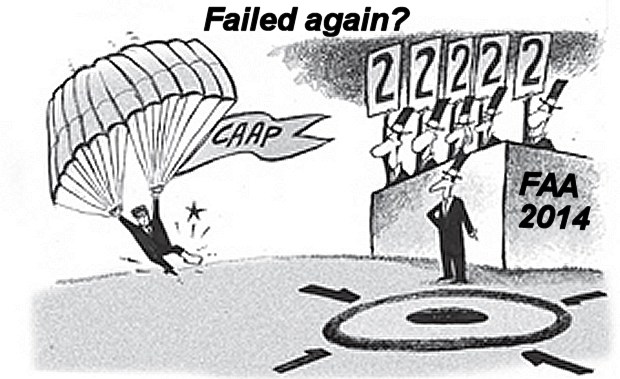 Last year, CAAP deputy director general, John Andrews, said that he would “resign” should the FAA upgrade to “Category 1” not come to pass by the end of 2013.

“If this does not happen before the end of the year, I will no longer be here. That is my commitment,” that’s the full quote! Now we are February 6, 2014 and fact is:

For your convenience, the full list is available here.

That was for Mr. John Andrews.

And now for Lt. Gen. William K. Hotchkiss III:
Without any further problem you may continue to say: “If I could I would, but I can’t, so I shan’t”