A look back on “Queenie”

“Queenie” caused some troubles in the Philippines. Why? PAGASA had announced a TD (Tropical Depression), JTWC and JMA wrote about an LPA (Low Pressure Area). What went wrong?

When “Queenie” entered PAR (Philippines Area of Responsibility), it had been a weak Low Pressure Area. “Queenie” then crossed over the Surigao peninsula without causing other problems than heavy rain. As it passed by Camiguin island, “Queenie” was still tame with 6 ft. (1.8 m) waves. But over the warm waters of the Bohol sea, the storm could extract energy from the sea and got a bit more organized.

What happened in Corella?

Reaching Bohol and Panglao it developed wind speeds of 30 to 40 knots (55 to 74 km/h). At this moment all agencies raised the LPA to a TD (Tropical Depression). In some long valleys inland Bohol, the winds got really strong by the channeling effect. At a friend’s place even a heavy and sturdy tree got uprooted. To understand this channeling effect I recommend to “google” Bernoulli’s principle. Our thanks go to Cosmos who had to fight against the storm, but found the time to inform us.

This principle can be applied to any compressible fluid.

Here is how Bernoulli’s principle brought Cosmos in troubles: 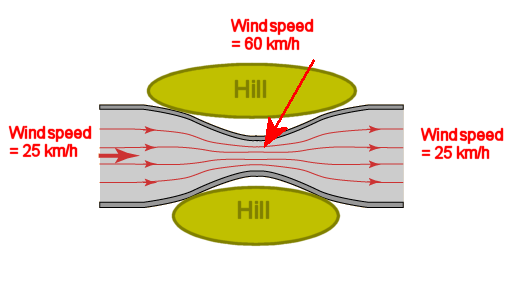 The situation in Panglao and especially on Alona beach had been different. 180 kilometers of open and warm waters lay between Surigao and Panglao. The storm moved at about 30 km/h and therefore had 6 hours to pump energy out of the almost 30°C warm waters. Panglao has no safe port on its south-east coast. Does Panglao even have a port at all? 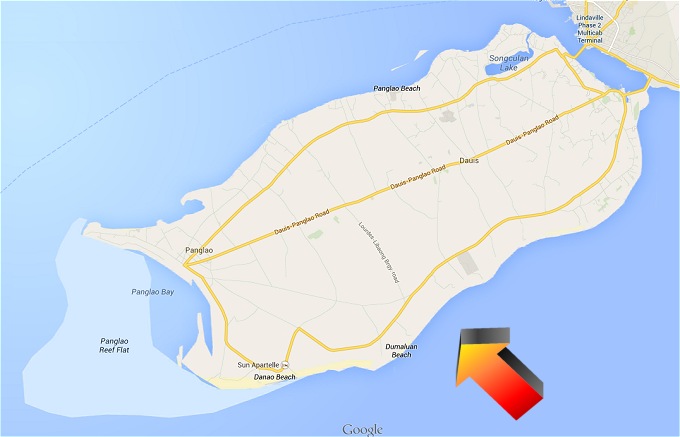 Boat owners got in troubles. Where could they find shelter for their bangkas? 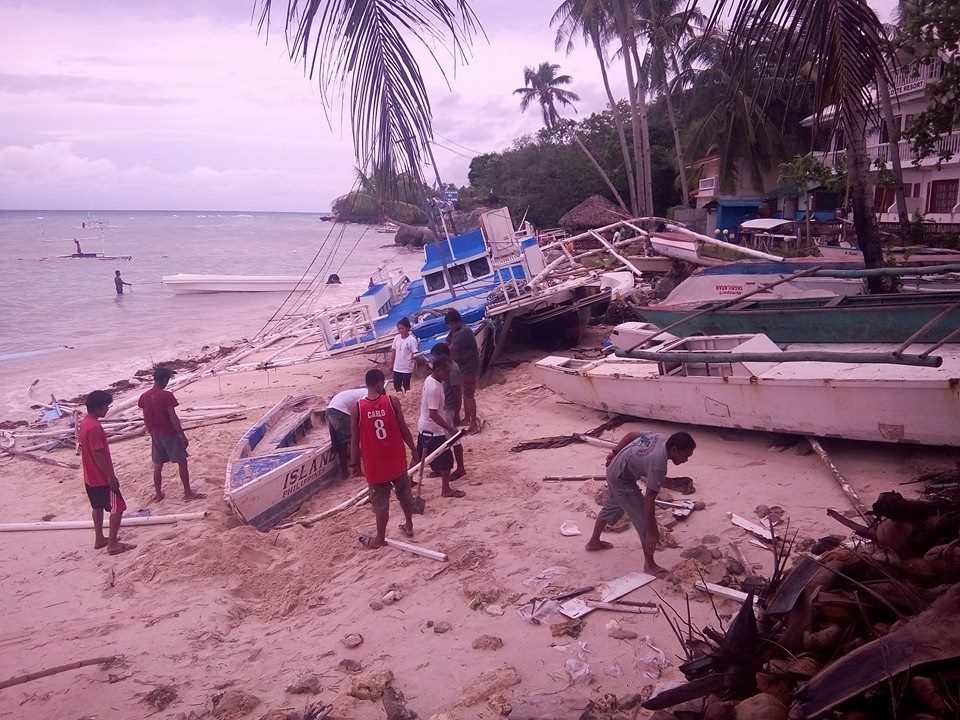 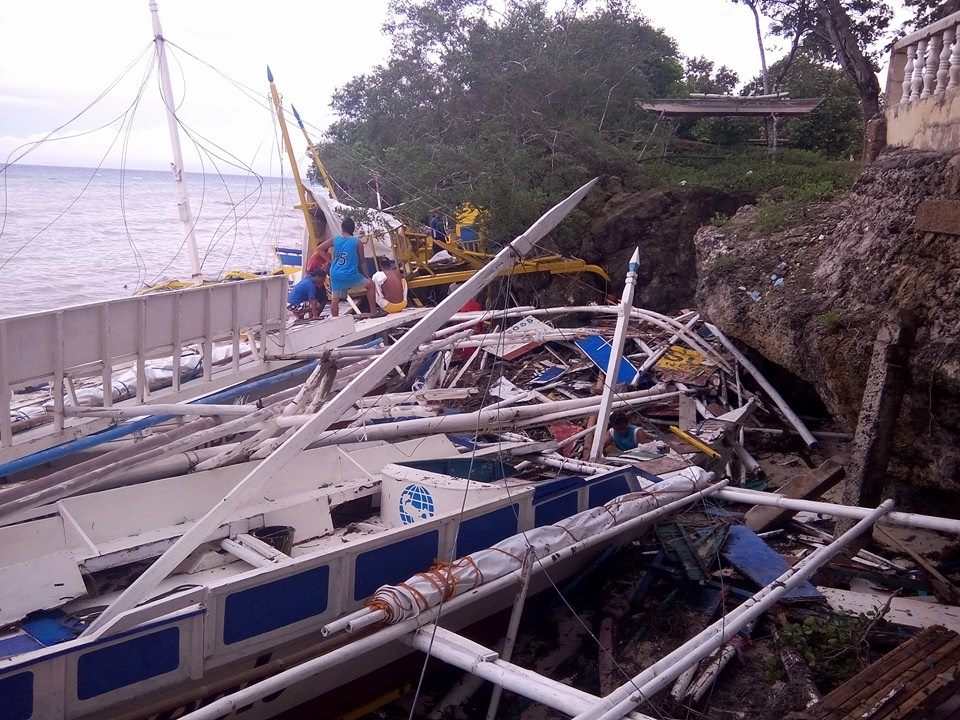 Most of these bangkas are built of plywood and bamboo. Someones are reinforced with fiberglass and polyester. The construction isn’t  very strong. (Photo courtesy of LU DO)

If the boats had been anchored and tied down behind a harbor wall, there would have been none to light only damages. Boat owners on Camiguin’s Agogo beach usually seek shelter in behind the walls of the harbor in Paras Beach Resort.

Tropical Depression “Queenie” has left Palawan behind and is heading towards Vietnam. The storm is gaining strength over the open waters. JMA predicts a minimal central pressure of 996 hPa. “Queenie” will be upgraded to a Tropical Storm today with expected maximum wind speeds between 40 and 70 kts (75 to 135 km/h). Tere is no mre danger for the Philippine islands.