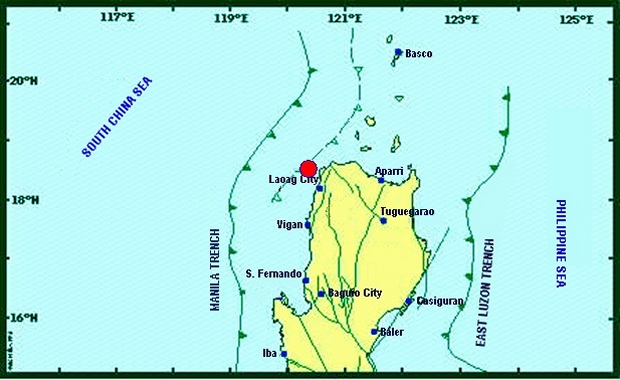 The earthquake was felt with these intensities: