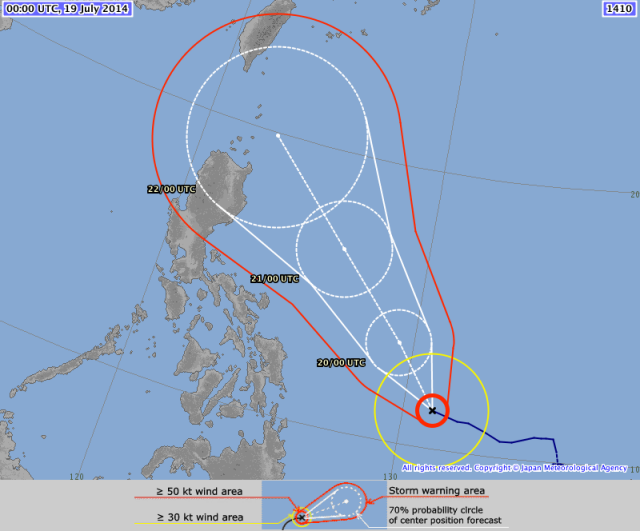 Tropical Storm MATMO/Henry troubles forecasters. Instead of moving straight north, it moved westward. You may want to compare with yesterday’s forecast … 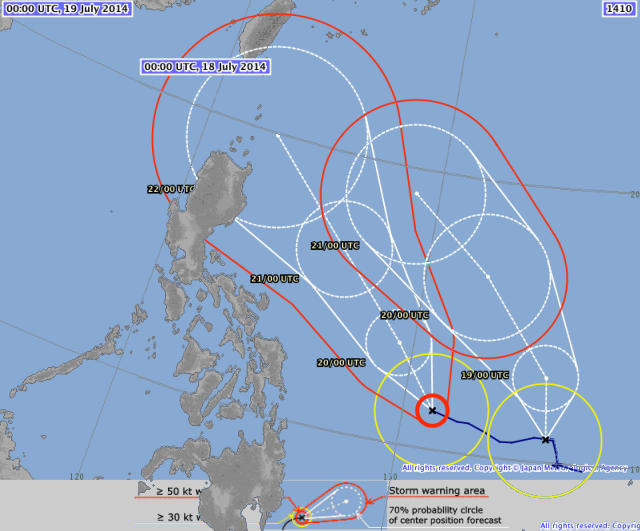 Tropical Storm MATMO/Henry not only moved westward, it also got much stronger. The central pressure of the system went down from 996 to 985 hPa. Windspeeds increased from 65 km/h to 101 km/h near the center. Gustiness is now up at 148 km/h. Al storm data comes from JMA.

The US navy forecast is a bit less menacing for the Philippines. But also the navy predicts that the storm will hit the Batanes Islands. 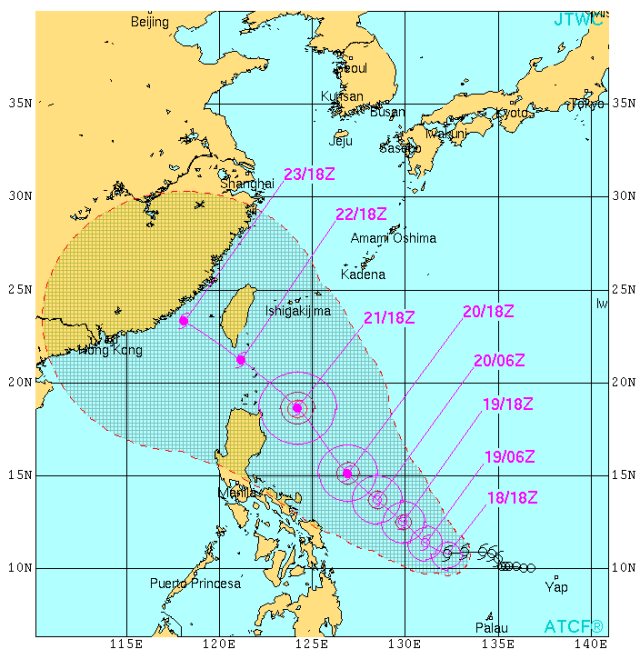 We just received a red alert from GDACS. GDACS is a cooperation framework between the United Nations, the European Commission and disaster managers worldwide to improve alerts, information exchange and coordination in the first phase after major sudden-onset disasters.