Tropical Storm 05W is intensifying and got now the international name “Peipah”. If you check the multi-agency forecast below, you see that 3 out of 5 weather agencies predict the storm to run over Camiguin. The track may still change!

We switch now to our standard storm reports. 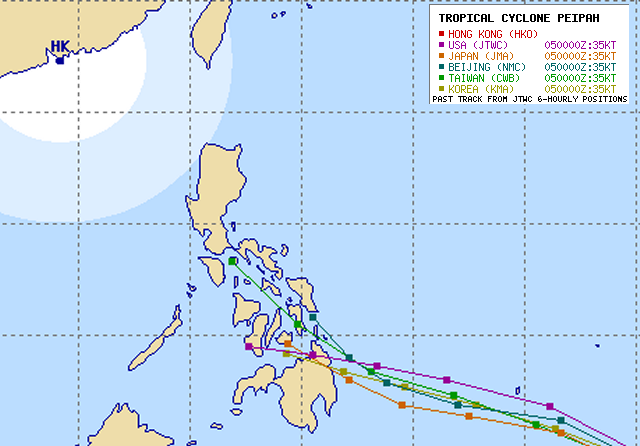 This Tropical Storm is now really menacing the southern Philippines. It will hit northern Mindanao on Wednesday 2014-04-09.

PAGASA, as usual, waits with their warnings. Their warning might again be too late. The track forecast remembers Typhoon BOPHA/Pablo in December 2012.