The Pope will get wet – Tropical Storm Alert 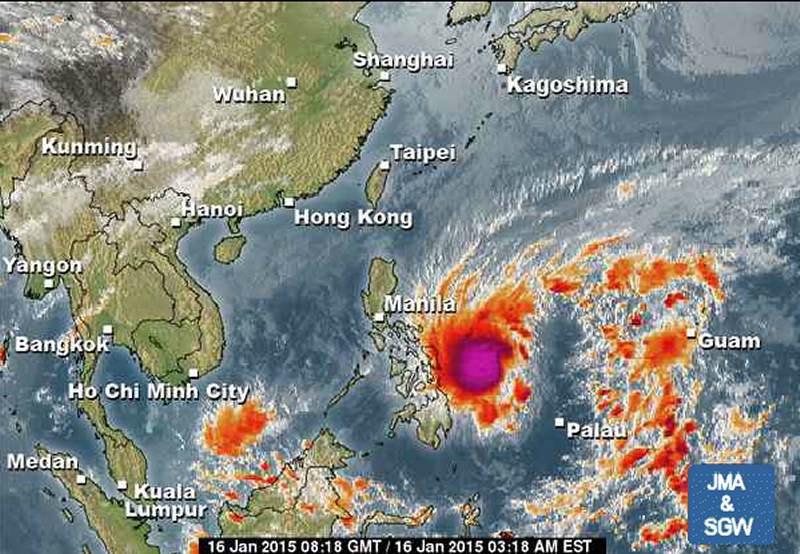 The Pope will get wet when he’ll travel to Tacloban tomorrow. Tropical Storm MEKKHALA / Amang is just  a step out of  Samar. Even if the storm won’t make landfall tomorrow, the outer rainbands will bring heavy downpours to Samar and norther Leyte. Maybe the Pope has a hotline to Saint Peter.

JMA predicts  a turn to northwest 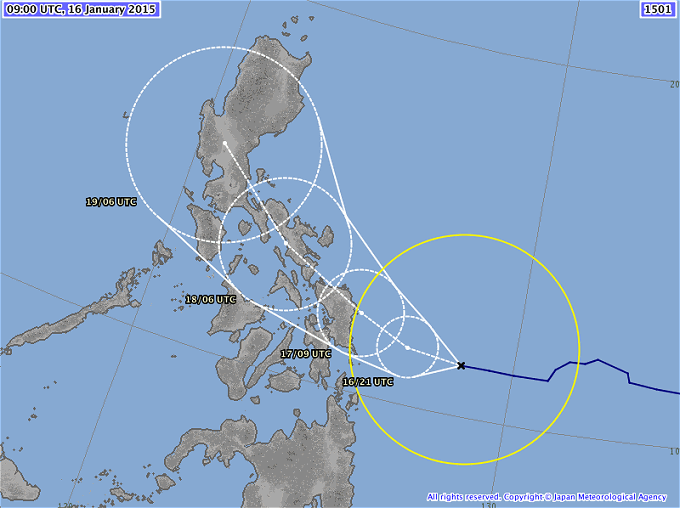 The US Navy predicts a straight-runner westward 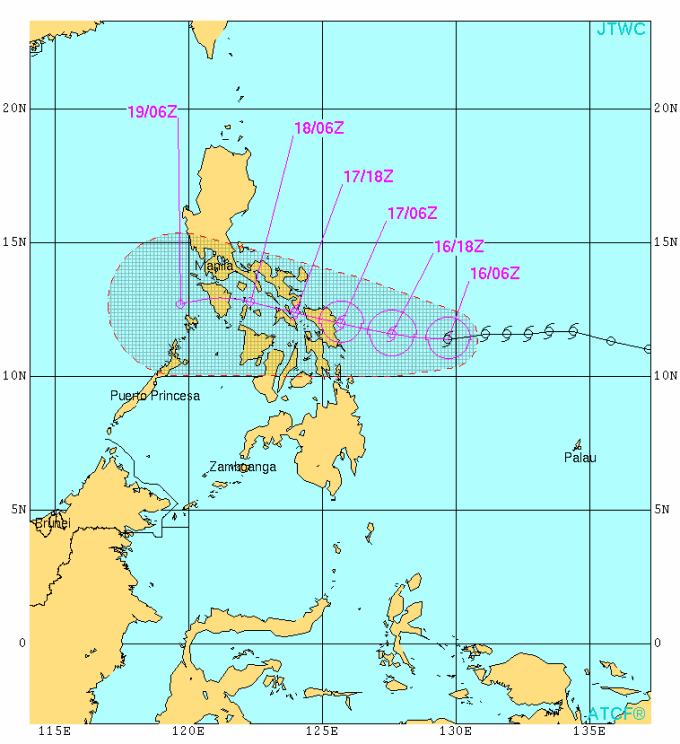 Rainfall will again be the biggest problem. Tropical Storm MEKKHALA / Amang has a diameter of 850 kilometers and moves westward at 20 km/h. This means that the heavy rains of 50 to 300 mm in 24 hours will last at least 45 hours or almost two full days and nights. The wind speed isn’t critical. Wind near the center is 75 km/h an gusts can go up to 95 km/h.

Tropical Storm Mekkhala/Amang is expected to move west during the next 24 hours. Then it will turn to west-northwest on the remainder of the forecast outlook. On the forecast track, Tropical Storm Mekkhala/Amang will be cruising along the central to the mid-western part of the Philippine Sea on Saturday morning through the afternoon. It will make landfall along the northern shores of Eastern Samar, just north of Borongan City by late Saturday afternoon.

Tropical Storm Mekkhala/Amang will keep its strength within the next 24 hours, then will rapidly weaken into a Tropical Depression (TD).  Advance Intensity Forecast (AIF) shows its 10-minute maximum sustained winds decreasing to 55 km/h on Sunday morning.

PAGASA has hoisted Storm Signal #1 in the following provinces:

You may want to observe the storm in real time. Satellite loops are here.