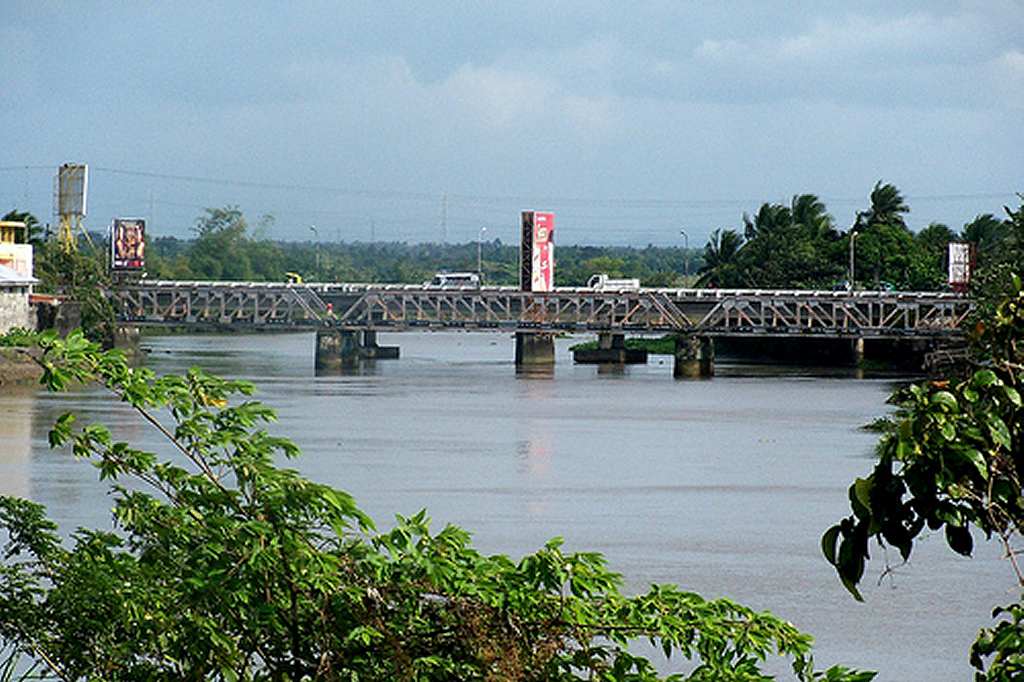 Tropical Storm MEKKHALA/Amang  now over Naga City. After having made landfall on Samar’s east coast the storm lost some power. It still carries extreme quantities of water which now rain over Bicol.

Relatives living in Naga City just now reported that the rain got weaker but the storm is intensifying.  Naga River is flooding the first neighborhoods.  Our relatives try to transmit now some pictures. They still have no power. We’ll attach the photos as soon as we get them. 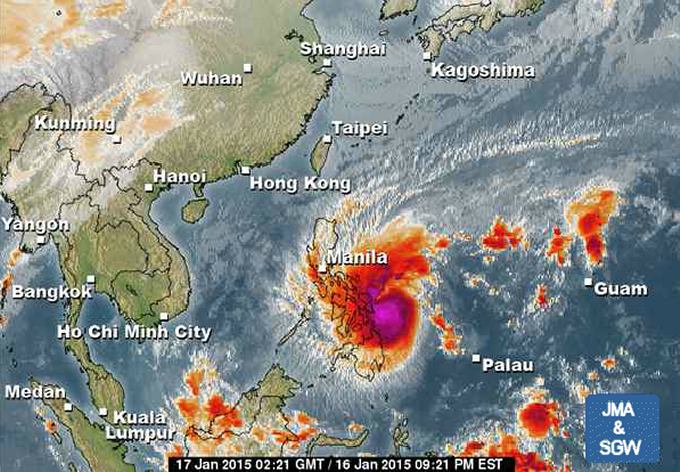 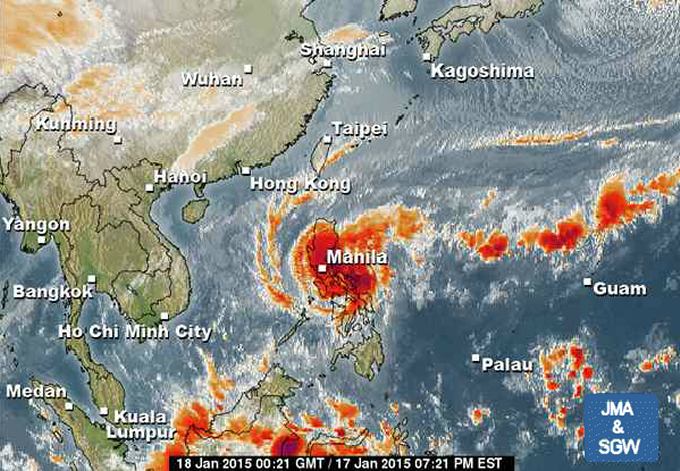 Watch the movie with the impact of Tropical Storm MEKKHALA/Amang when making landfall in Samar.  It always looks like an explosion, when the violet water masses are released. The movie will only be available until noon today. Afterwards the pictures will be overwritten. 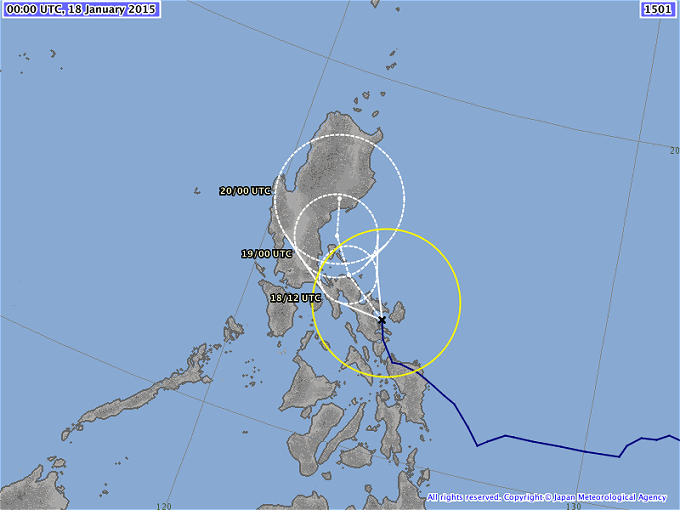 JMA shows a strange track of Tropical Storm MEKKHALA/Amang for the recent past. The storm will continue in north-west direction. 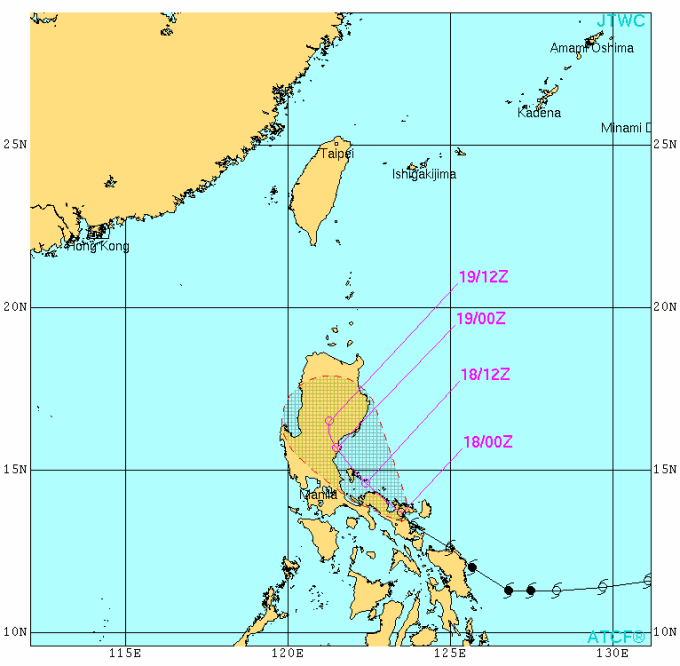 We recommend to observe Tropical Storm MEKKHALA/Amang in our satellite videos.

We have set our flood and storm warning to red!