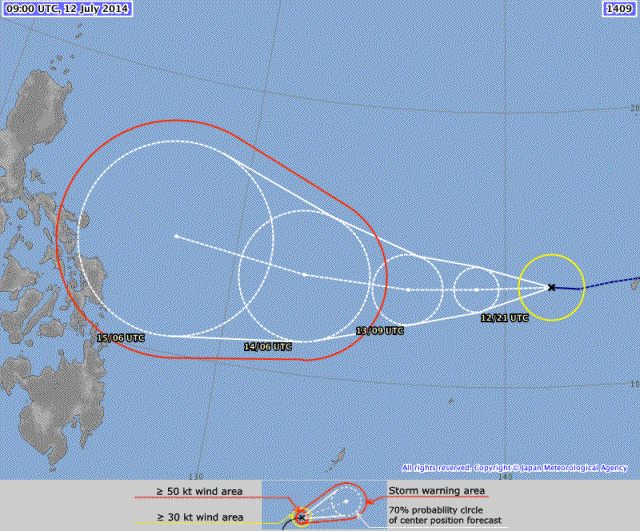 First Typhoon 2014. After Super-Typhoon NEOGURI passed by and hit Okinawa and south-western Japan, RAMMASUN will probably hit the northern Philippines.

Tropical storm RAMMASUN is approaching the Philippines. Forecasters expect that it will become a typhoon of category 1 on Tuesday, July 15. Currently the storm is heading towards Luzon menacing the region between Manila and Subic Bay.

PAGASA as usual waits with their warnings because the storm is still outside PAR. .

The storm seems to be a straight-runner, heading +/- west and turning northwards over the Philippines or even after having moved over our islands.

We recommend to prepare now! Tuesday it might be too late.

The US forecast is even more specific: 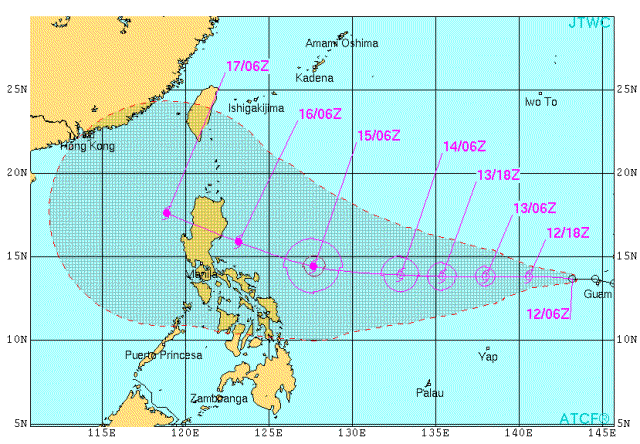