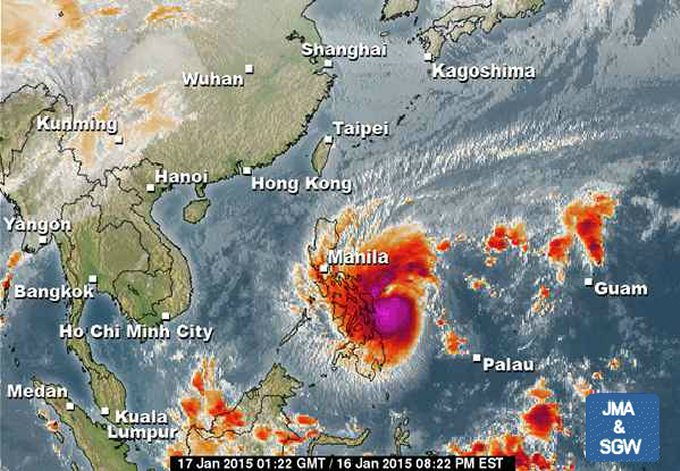 Severe Tropical Storm MEKKHALA/Amang will make landfall this afternoon in southern Samar. The cyclone has now almost typhoon wind speeds. Only 9 km/h more and it becomes a Typhoon Category 1.

The central pressure of the storm went down to 974 hPa. Rainfall is between 100 to 500 mm near and north of the center. Samar Provinces, Northern Leyte including Tacloban City, Masbate, Sorsogon, Albay, Camarines Sur, and Catanduanes already have extreme rainfalls since early this morning.

The Project Noah Doppler Radar stations of Virac, Cebu and Tagaytay measure the rainfall intensity. Samar and parts of Leyte already get 18 mm rain per hour (pink color in the map). 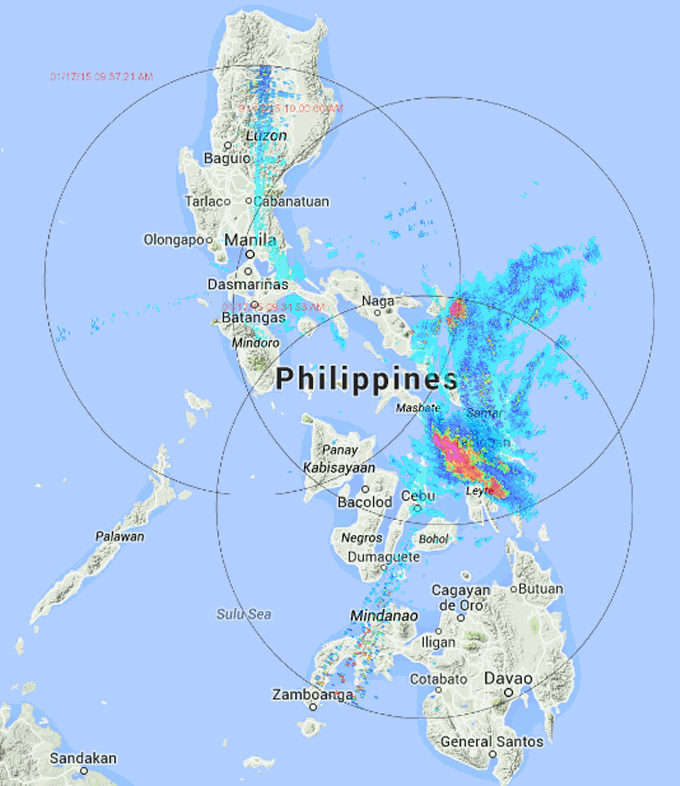 We recommend to visit the Project Noah Website. The different map overlays allow

The Pope is really getting wet 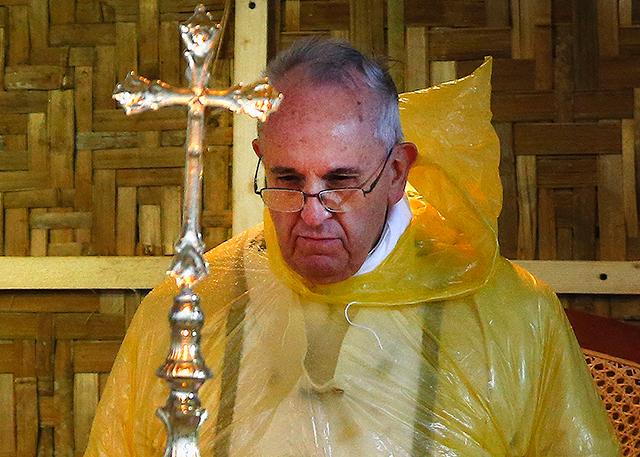 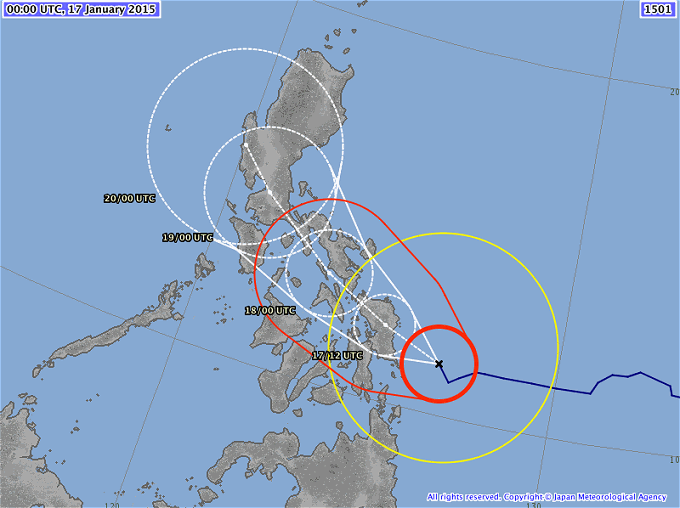 JMA shows a strange track for the recent past. But Severe Tropical Storm MEKKHALA/Amang did really move southwest last night. The nearly 90° direction change early this morning makes the storm now move north-west. JMA predicts that the storm will hit Manila on Monday.

The Joint Typhoon Warning Center just now upgraded the Severe Tropical Storm MEKKHALA/Amang to a Typhoon Category 1. Their track forecast is more south. The storm will move through the northern central Visayas instead of Bicol. 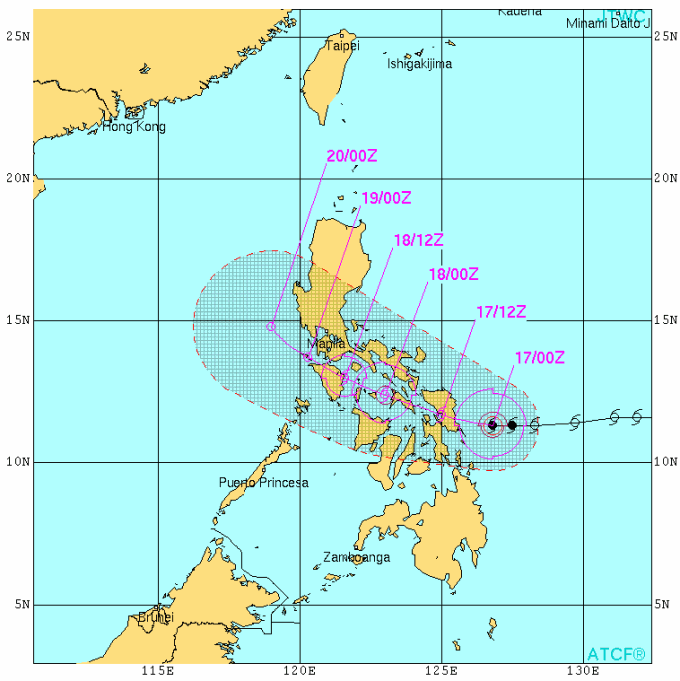 We recommend to observe Severe Tropical Storm MEKKHALA/Amang in our satellite videos.

We have set our flood and storm warning to red!