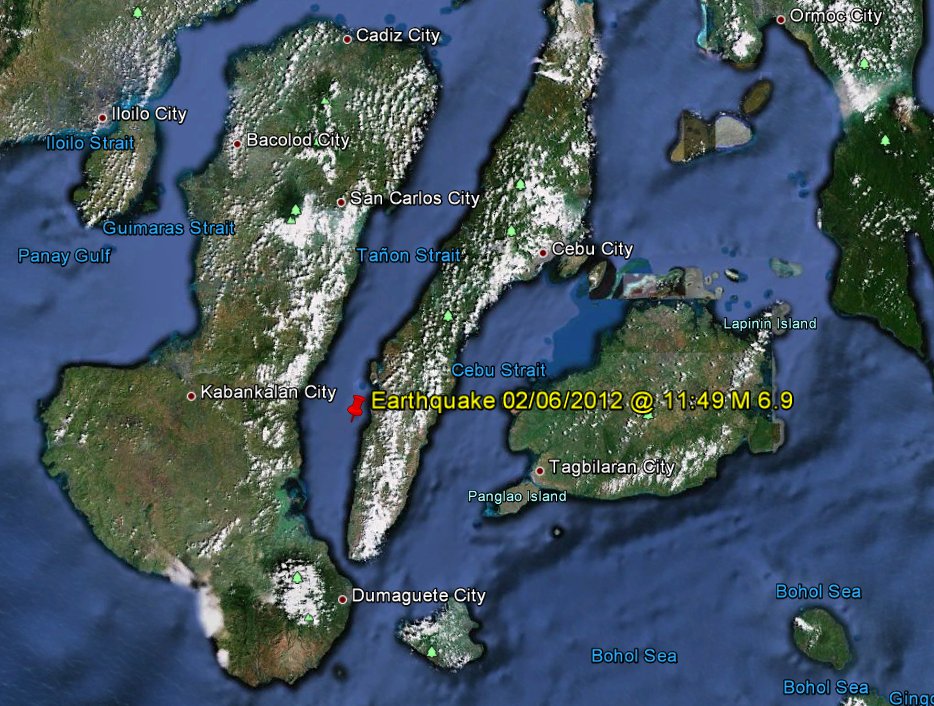 A few minutes ago a strong earthquake shook us.
The Quake happened at 11:46 AM this morning between Cebu and Negros.
It had a magnitude of 6.9.

We felt the quake with intensity IV in Camiguin.
The shock lasted for about 10 seconds. Water did swap out of pails. 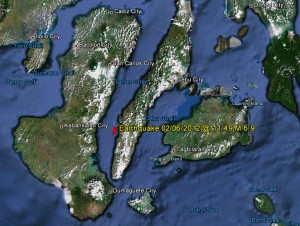