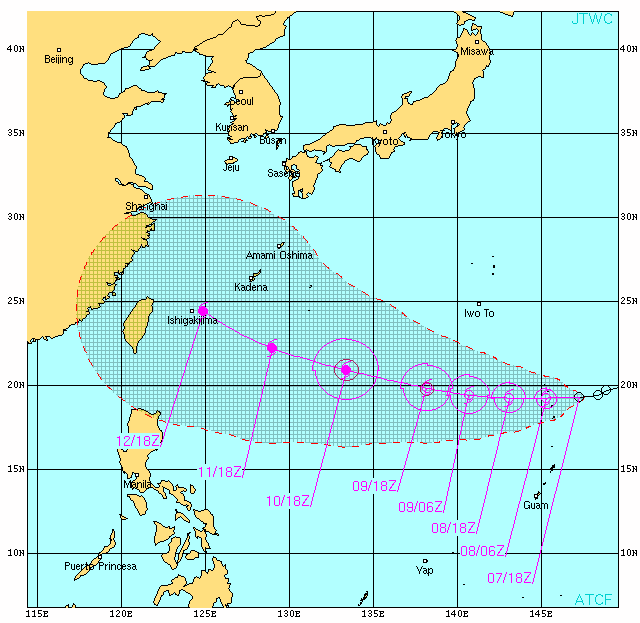 The Low pressure Area (LPA) o7W is already a Tropical Depression TD and is quickly increasing in strength. JMA and US Navy forecast typhoon strength within 2 days.

The new TD should cross 20° north by tomorrow and then bend its track towards Taiwan.

The sea waters are now at 31°C from south of the equator up to 24° north. This warm water is favorable for cyclone development.

For animated satellite pictures please see our new, not yet official weather page