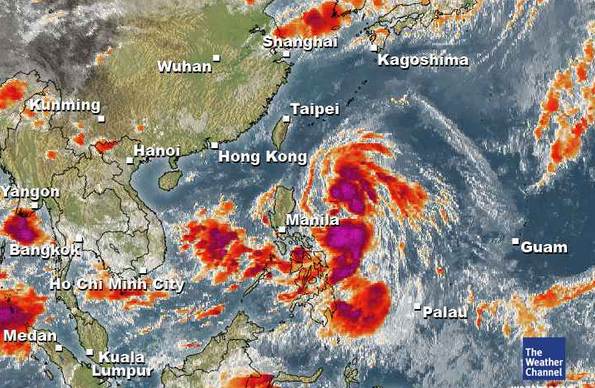 Tropical depression “Emong” has maintained its strength as it moves north northwest with maximum sustained winds of 55 km/h near the center. It is forecast to move north northwest at 15 km/h.

Meanwhile, the heavy rains on Monday night in Metro Manila were caused by southwest monsoon, the prevailing weather system during rainy season, that was enhanced by Emong. The rains caused heavy traffic and floods in several major Metro Manila thoroughfares. The Armed Forces of the Philippines had to deploy three M-35 trucks along EDSA and Fairview in Quezon City to provide transport to stranded commuters.