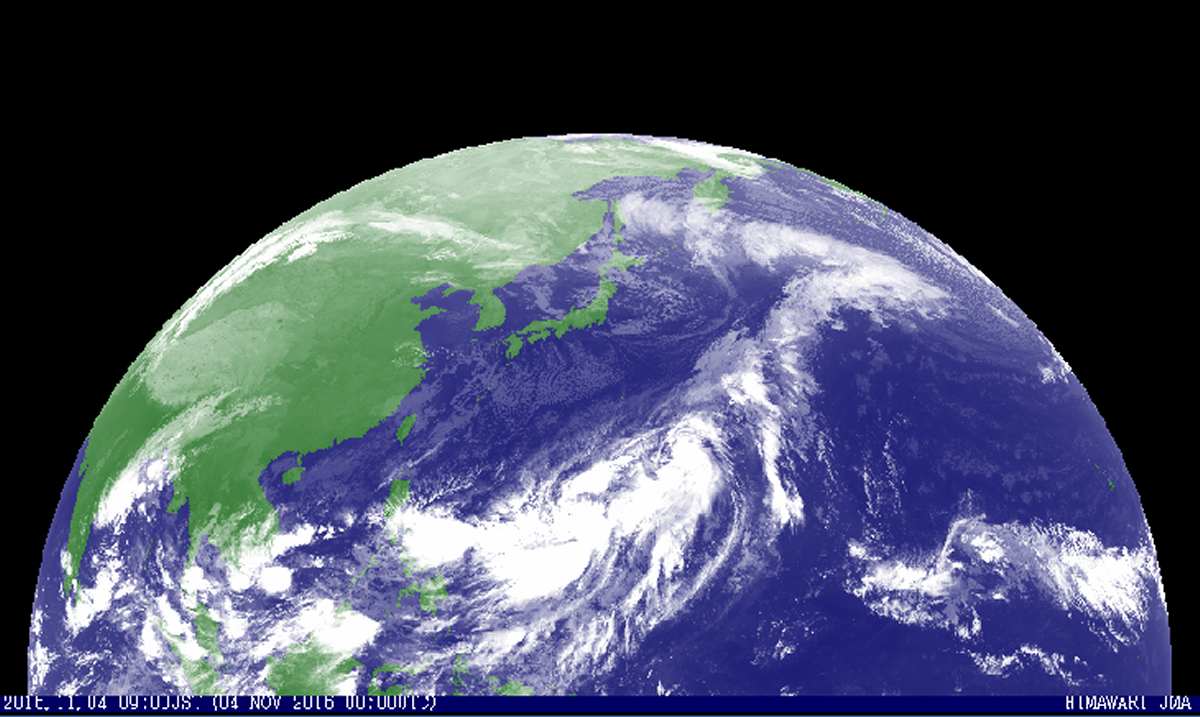 Tropical Storm MEARI did the strange move predicted by Hong Kong and Korea observatories. It turned and now goes north-west.

As announced yesterday: “The Global Typhoon Models are not in good agreement on where the potential storm will really go.  In the coming days, a much clearer picture on its track will arise as these models try to converge. Also the density of observation stations out in the Pacific is to low to give more accurate position information.”

Here you can compare:

What happened in the last hours out over the north-western Pacific is an excellent illustration of the Butterfly Effect.  The Butterfly Effect is the concept that small causes can have large effects. Initially, it was used with weather prediction but later the term became a metaphor used in and out of science.

In chaos theory, the butterfly effect is the sensitive dependence on initial conditions in which a small change in one state of a deterministic nonlinear system can result in large differences in a later state. The name, coined by Edward Lorenz for the effect which had been known long before, is derived from the metaphorical example of the details of a hurricane (exact time of formation, exact path taken) being influenced by minor perturbations such as the flapping of the wings of a distant butterfly several weeks earlier. Lorenz discovered the effect when he observed that runs of his weather model with initial condition data that was rounded in a seemingly inconsequential manner would fail to reproduce the results of runs with the unrounded initial condition data. A very small change in initial conditions had created a significantly different outcome.

The computer that Lorentz was working with calculated the various parameters with an accuracy of six decimals. But the printout gave these numbers with a three decimal accuracy. So in stead of inputting certain numbers (like wind, temperature and stuff like that) as accurate as the computer had them, Lorentz settled for approximations; 5.123456 became 5.123 (for instance). And that puny little inaccuracy appeared to amplify and cause the entire system to swing out of whack. 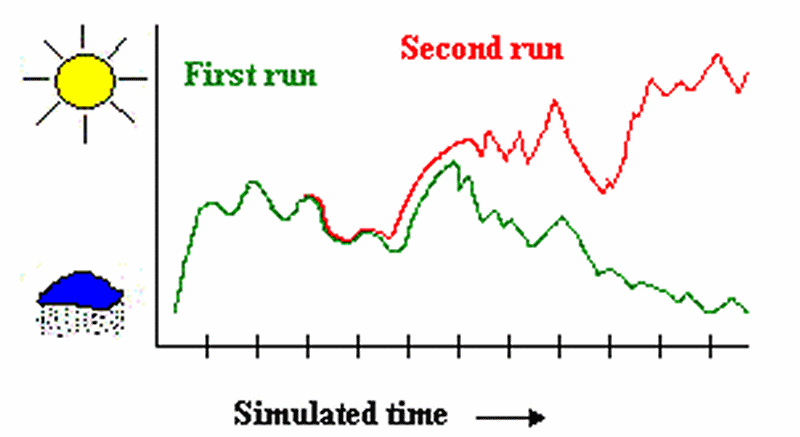 The idea, that small causes may have large effects in general and in weather specifically, was used from Henri Poincaré to Norbert Wiener. Edward Lorenz’s work placed the concept of instability of the atmosphere onto a quantitative base and linked the concept of instability to the properties of large classes of dynamic systems which are undergoing nonlinear dynamics and deterministic chaos.