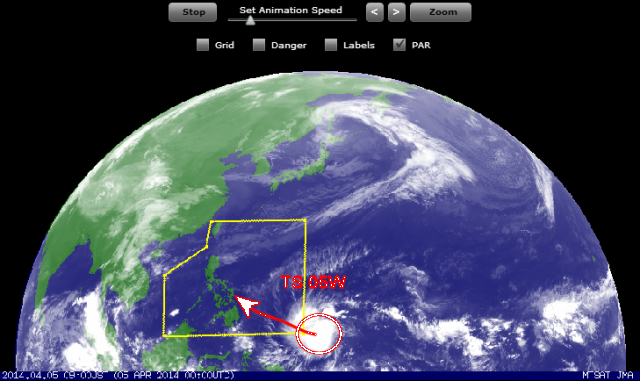 The Tropical Depression 05W has strengthened into a Tropical Storm and has accelerated its west-northwest movement towards Palau.

If the Tropical Storm maintains this forward speed, it can be expected within PAR (Philippines Area of Responsibility) by tomorrow. Without significant changes in direction, the storm will hit Surigao, Siargao, Dinagat around Wednesday. Currently the storm is 1600 km south-east of Mindanao. 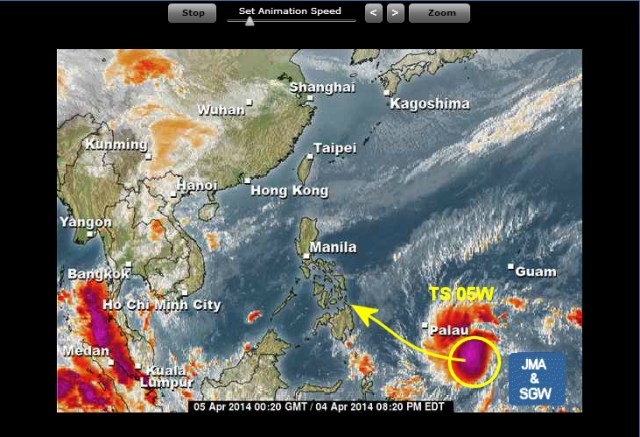 We keep an eye on this storm system and update our information at least once per day.