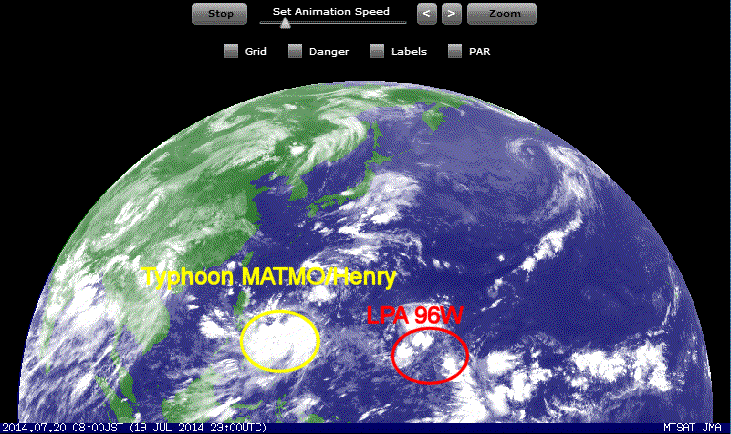 Typhoon MATMO/Henry has turned north last night.  Unfortunately we could not report these good news because we had a long lasting brownout.

The storm is now 645 km east-southeast of Virac, Catanduanes. It moves very slowly northwest at 5 km/h. The typhoon will now accelerate to a forward speed of about 20 km/h and turn even more northward. 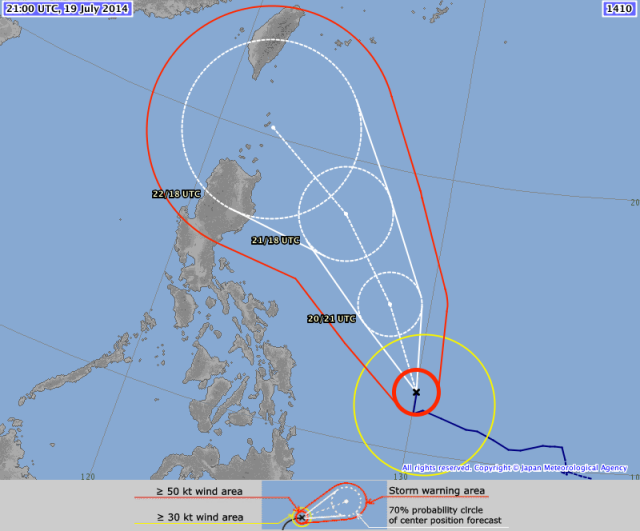 Above track from JMA is astonishing because it shows a change of direction of more than 90°.  There had been no LTO traffic enforcer there to tell the typhoon to deviate to the right. It is rather a glitch of the algorithm in relation to the projection of the map. JMA uses a conic projection while the US Navy uses a Mercator projection. 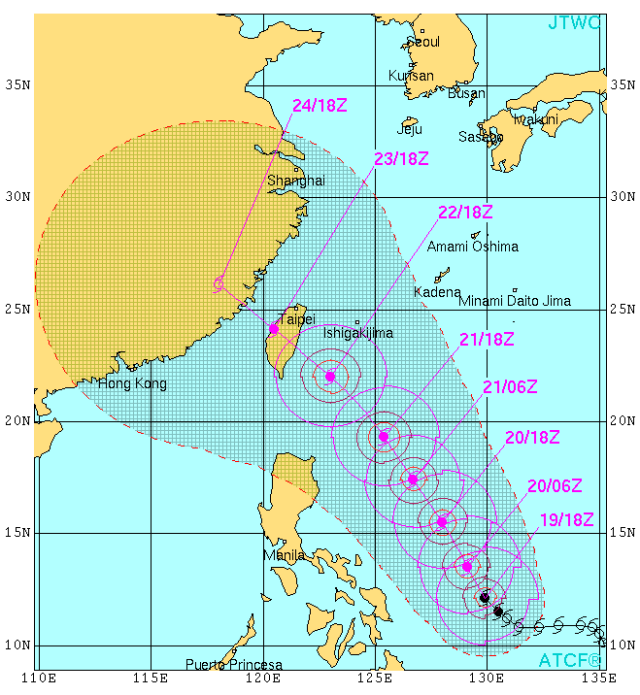 And there is already a new LPA developing south-east of Guam.