Magnitude 6.0 Earthquake in the Batanes Islands 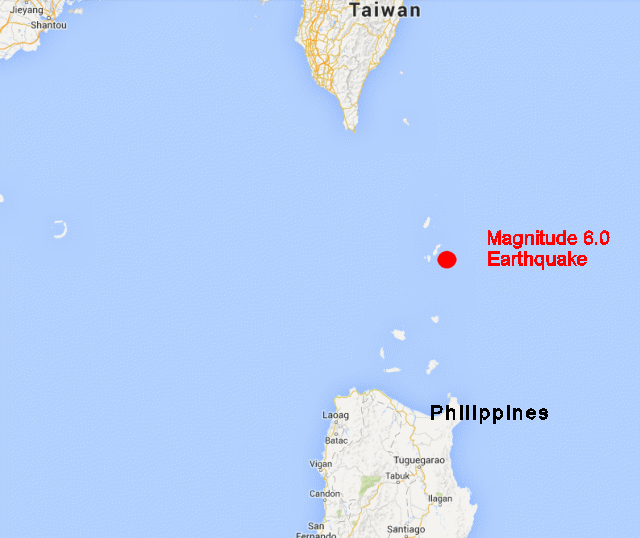 Yesterday evening at 07:33:53 p.m. a Magnitude 6.0 Earthquake shook the Batanes Group of Islands between Luzon and Taiwan.

The Focus of the earthquake was in a depth of 183 km. In  Uyugan the quake was felt at Intensity IV, in Laoag on mainland Luzon the intensity was reported as level III. There are fortunately no reports of damages.