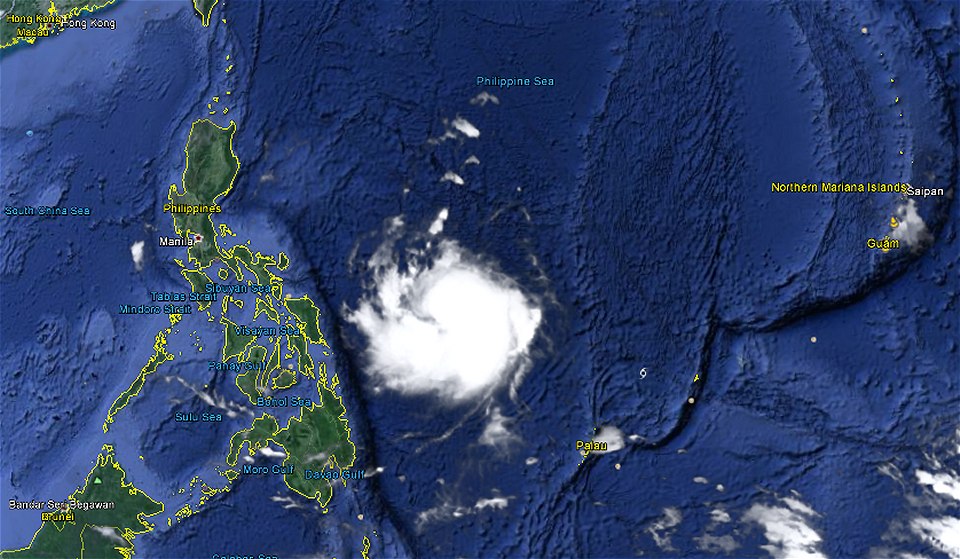 Typhoon NOUL/Dodong has continued its approach to the Philippine islands as predicted. The cyclone got stronger but a bit smaller. Its current diameter is estimated at 640 km. Upgrade to category 3 will happen this morning.

Typhoon NOUL/Dodong is expected to continue moving west-northwestward and then gradually turning to northwest.  The cyclone will traverse the south-central part of the Philippine Sea today through Saturday morning and shall be passing near the northeastern coast of Catanduanes by Saturday afternoon and evening. It is expected that the storm will gain strength again and will be upgraded to a Typhoon Category 4. 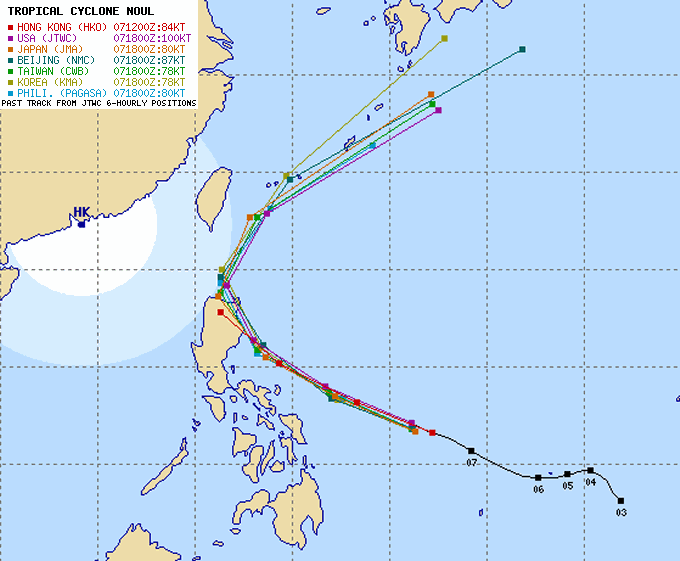 All forecast track are very near to each other. But forecasters assign a low confidence level for Sunday and following days. This is due to the weak pressure gradients over continental China. We expect that above map will change significantly within the next 48 hours. 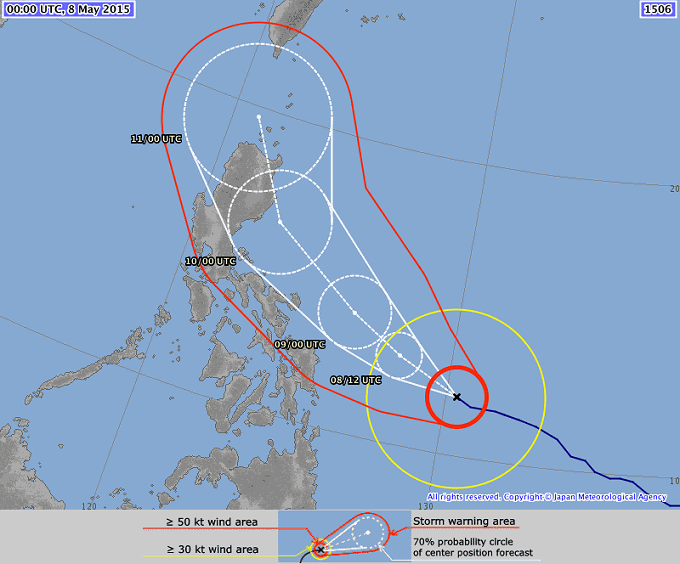 A strange guy out there

About 4 degrees north and 160 degrees east hovers a strange guy. The Tropical Depression 07W has slowly moved eastwards during the last days. It is “swimming” against the stream. But now it is turning north and is expected to turn even northwest while gaining strength. 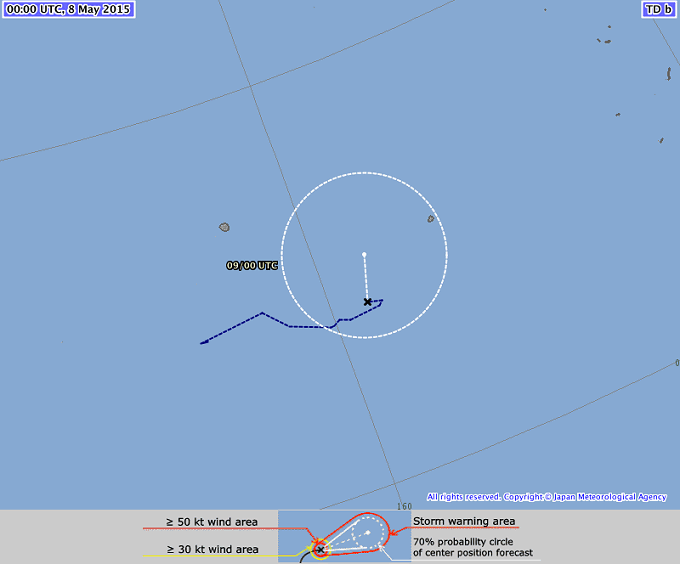