Typhoon NOUL/Dodong is now off the coast of Bicol and has been upgraded to a Category 3 Typhoon. The cyclone has gained a little bit of strength when it moved on a generally northwesterly track.

Here in Camiguin we have sunny weather but no electricity. Fortunately the solar panels produce enough power, so I can write this newest report. The central pressure of Typhoon NOUL/Dodong has further decreased from 950 to 944 hPa.Wind speed has increased from 175 to 185 km/h near the center. Gusts are now up to 220 km/h. 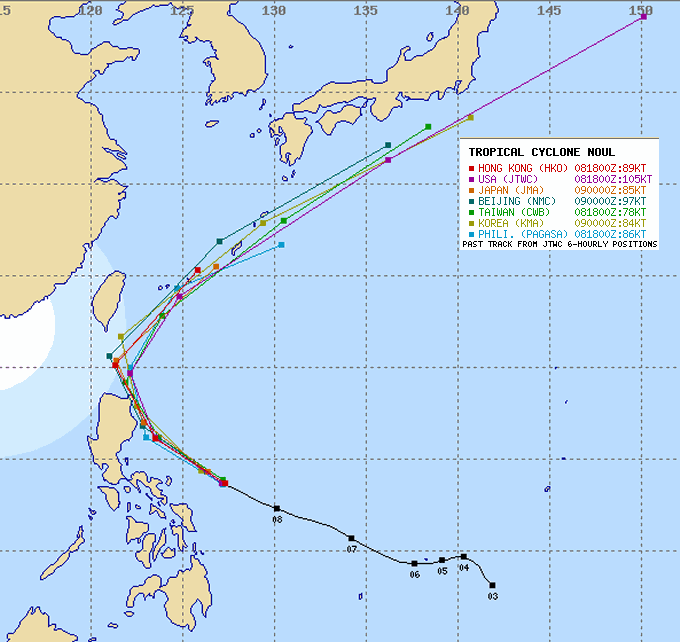 There is a real chance that Typhoon NOUL/Dodong will pass by northern Luzon and later will touch the Batanes Group of Islands. The pressure distribution over continental China is extremely fragile. The famous butterfly flying up from a flower in Hong Kong could move the typhoon by many kilometers. 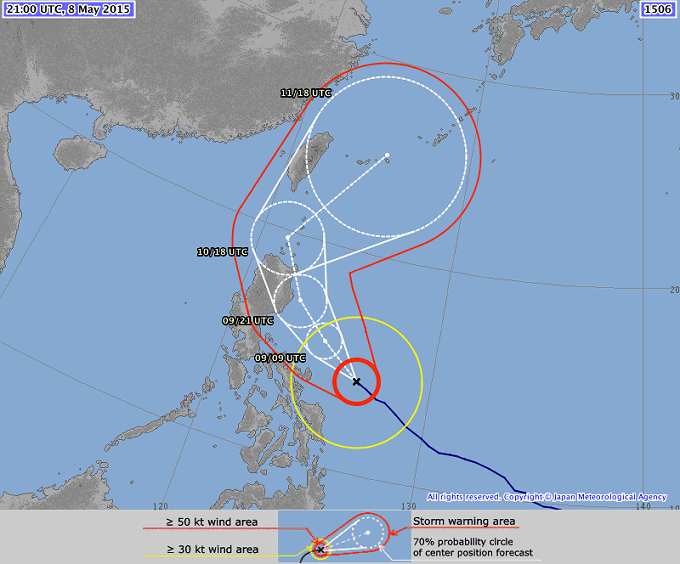 JMA predicts that the cyclone will get stronger today and will become a Typhoon Category 4 by this afternoon. At this moment the 50 kt wind area around the center will grow larger. Event without landfall, the coasts of Isabela will encounter high waves and very strong winds.

Next update as soon as we have again power here in Camiguin.
[GARD]