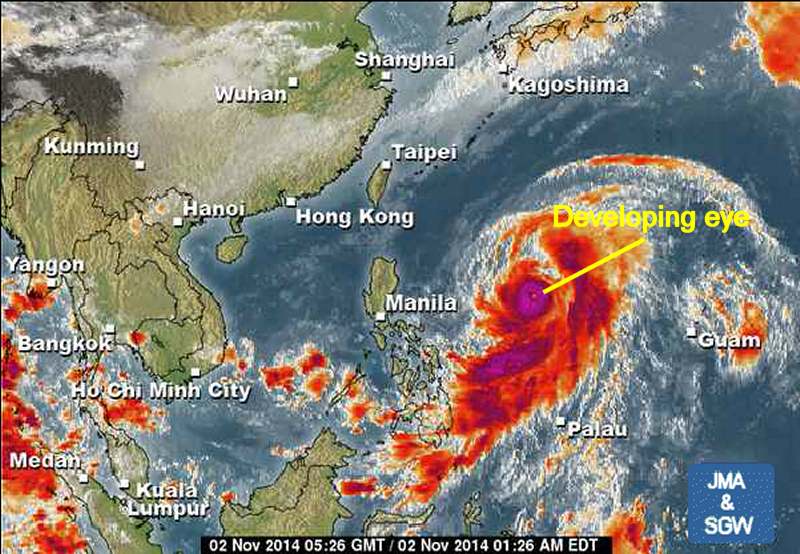 Typhoon NURI/Paeng is just now developing its eye. You can witness this genesis watching our 24 hours satellite loops. Typhoon NURI/Paeng develops extremely fast over the warm waters of the Philippine Sea. It has already reached Category 2 and will become a Category 3 cyclone still today. 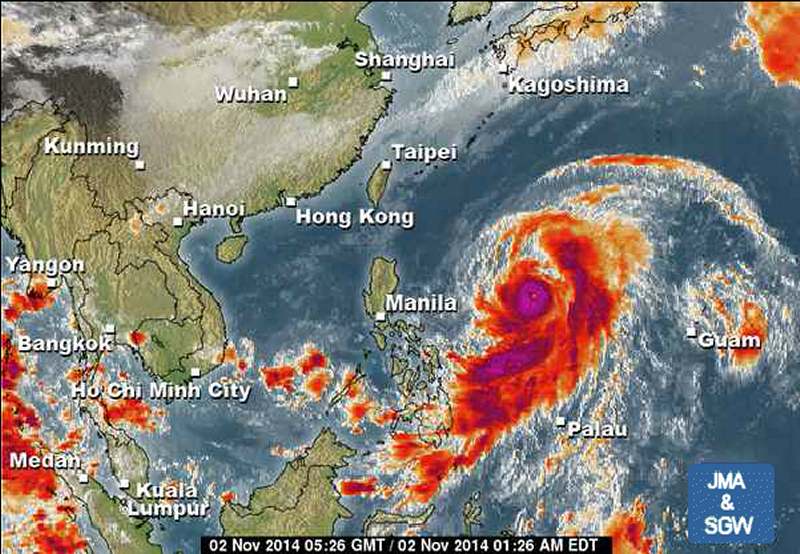 More information and storm analysis and data around 8 p.m.