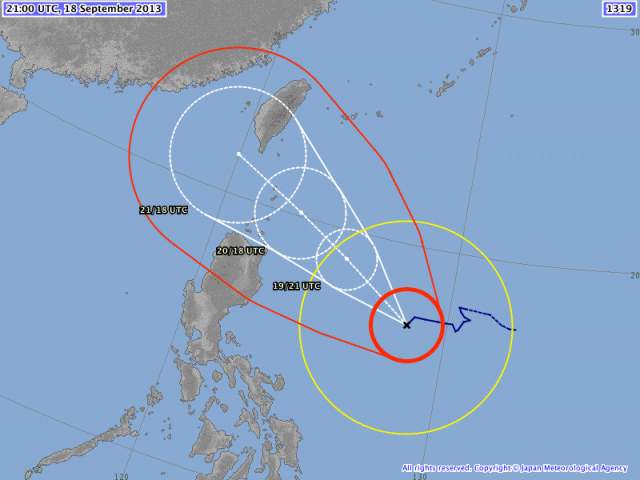 The storm is now a Typhoon Cat.1 and its maximum sustained winds are 130 km/h near the center and gustiness is up to 160 km/h. The central pressure of the typhoon is now down at 950 hPa.

Tropical Storm USAGI / Odette enhances the south-west monsoon (Habagat). In the night we had heavy rain and some strong gusts in Camiguin. The sea is rather rough with waves up to 1.50 meters.

We keep an eye on this storm. For more and real-time information see here:
Old Weather Page