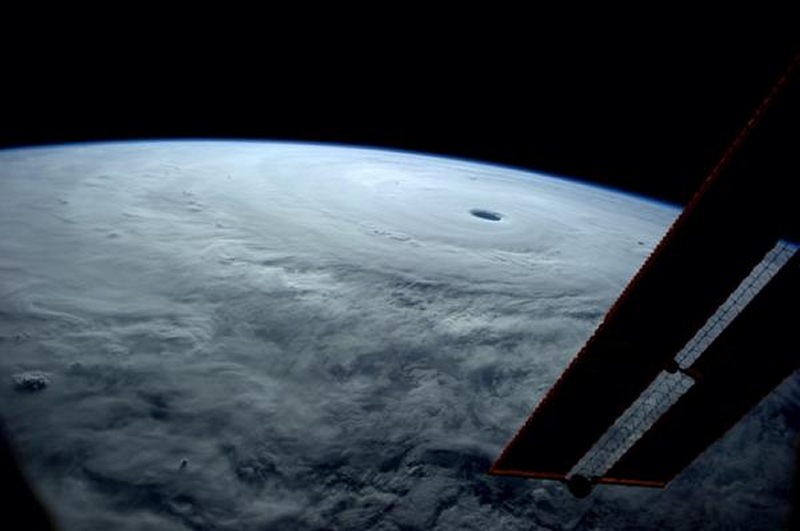 Typhoon VONGFONG / Ompong got a bit weaker this morning. Its central pressure increased from 900 hPa to 920 hPa. Latest satellite images show an eyewall replacement cycle(*). The  typhoon is now moving north at 10 km/h. Weather satellite images show how this giant is dominating weather over the whole north-western Pacific. 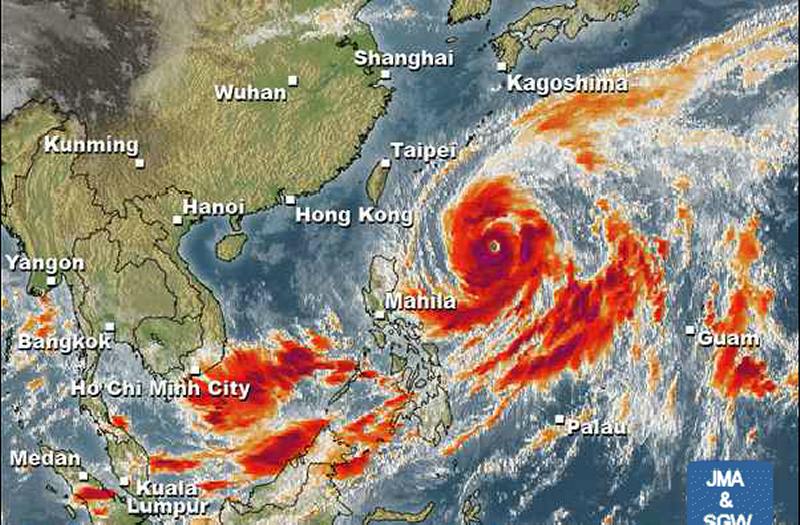 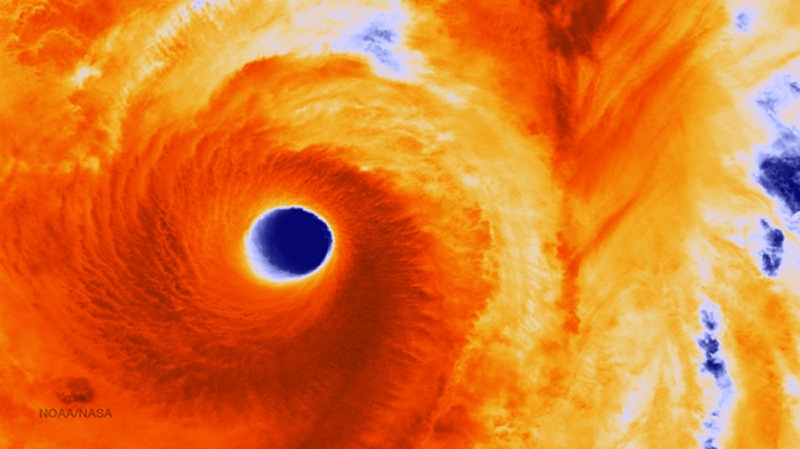 Eyewall replacement cycles, also called concentric eyewall cycles, naturally occur in intense tropical cyclones, generally with winds greater than 185 km/h (115 mph), or major typhoons (Category 3 or above). When tropical cyclones reach this intensity, and the eyewall contracts or is already sufficiently small, some of the outer rainbands may strengthen and organize into a ring of thunderstorms—an outer eyewall—that slowly moves inward and robs the inner eyewall of its needed moisture and angular momentum. Since the strongest winds are in a cyclone’s eyewall, the tropical cyclone usually weakens during this phase, as the inner wall is “choked” by the outer wall. Eventually the outer eyewall replaces the inner one completely, and the storm may re-intensify.