Of Volts and Mice – the LED Drama 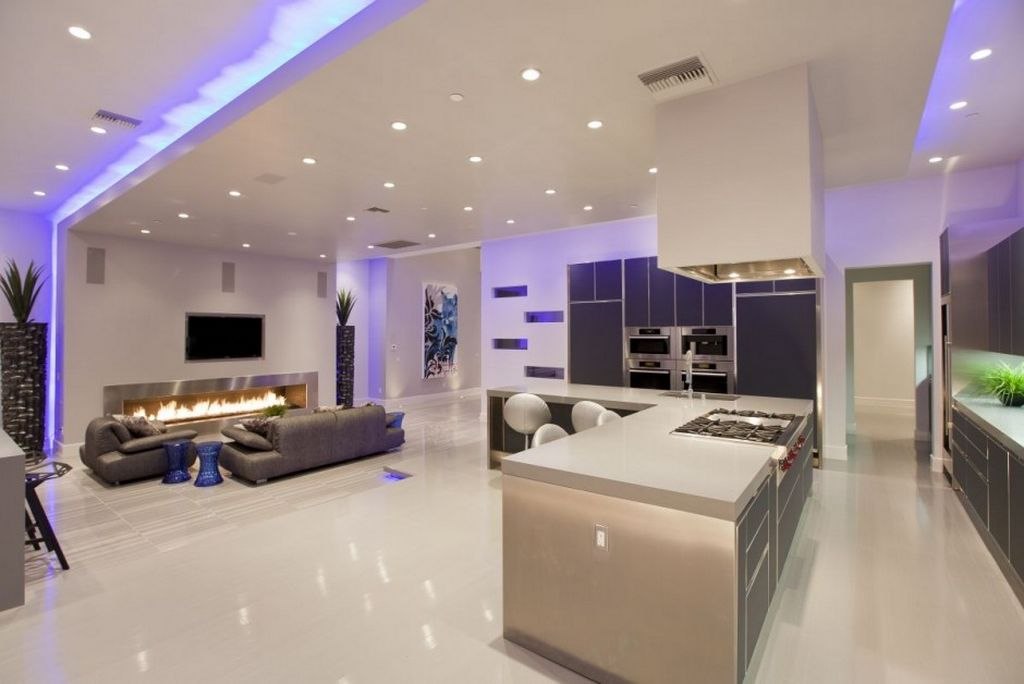 The LED Drama – In our house some 150 LED lamps, stripes and spotlights give us wonderful light in the night. From the beginning we opted for LED lamps because of their energy efficiency and their long life. Long life?

The only LED spotlights available in the Philippines at construction time were those from QUSUN and AKARI. QUSUN was expensive. Spotlights with 3 LED, mounting and power supply had a retail price of about 1,200 Pesos. The AKARI spotlights were sold at 499 Pesos.

The expensive QUSUN soon had drop outs. One after the other the QUSUN spotlights remained dark. 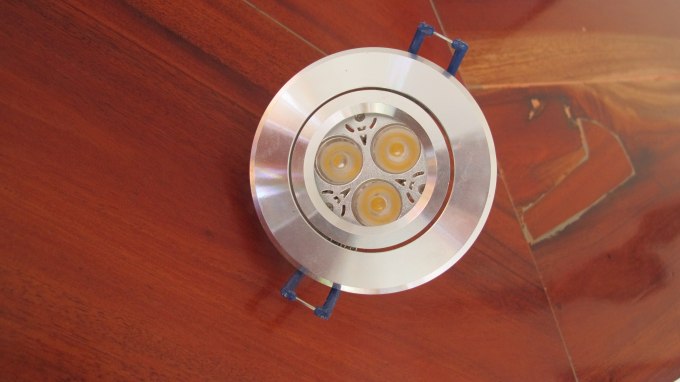 In some spotlights it was a single LED that stopped working. In other lamps it was the power-supply. We exchanged them with the cheaper AKARI LED spotlights.

The AKARI LED lights worked for some time and then also started to fail. Without any exception it was the power supply that failed. On March 1, 2013 our whole kitchen went dark. We then measured the voltage supplied by CAMELCO, the local electricity company.

We cut power and waited until this voltage peak went down to something normal between 218 and 250 Volts. Then we examined the LED spots and their power supplies.

When opening the first LED driver we smelled that something had gotten very hot. When we peeled the electronics off the insulation material, we saw that the whole board had been BBQ-ed. 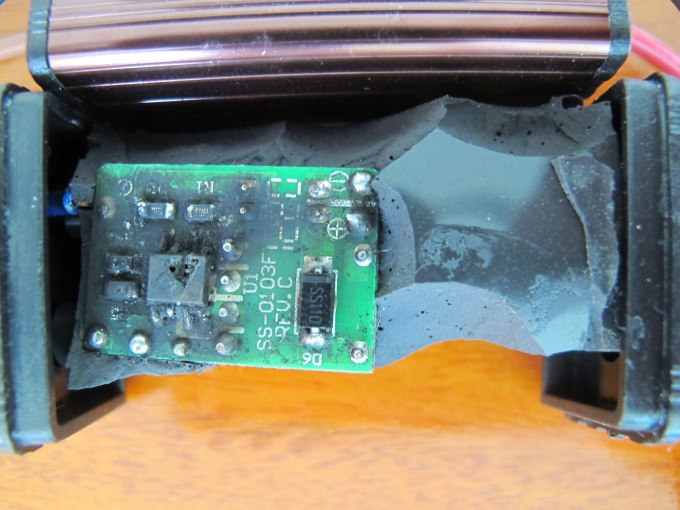 This was not AKARI’s fault because they clearly print on the box: Input 100-240 VAC (Volt AC). The problem came and still comes from the lousy quality of electric energy supplied by Camiguin’s CAMELCO.

We continued measuring the supplied energy. The full story is here: High voltage – too high voltage !

The APOLLO spotlights and their power supplies survived all power surges.

We couldn’t change the quality of the expensive electric power supplied by CAMELCO. So we decided to go solar.  The panels, the controller box and the batteries were quickly installed and we enjoyed our house made energy and constant light. – Until last Saturday. As usual on Saturday, I checked our house and environment for damages, needed repairs and possible improvements. I always do this to plan next week’s work schedule and needed manpower.

Big shock! I found 6 of the APOLLO spotlights dead. We use drop ceilings or hollow ceilings in all our rooms and outside on our verandas. The installation of the spotlights is extremely simple either in plywood, Hardiflex panels or Aaomo ceiling panels. So I unmounted the first spotlight and got in troubles.

I had the spotlight in my hand but there was no power supply attached. IMPOSSIBLE ! Actually I used a much uglier word. What’s that? Impossible. The answer came with the second spotlight:

Instead of a nice little plastic box … 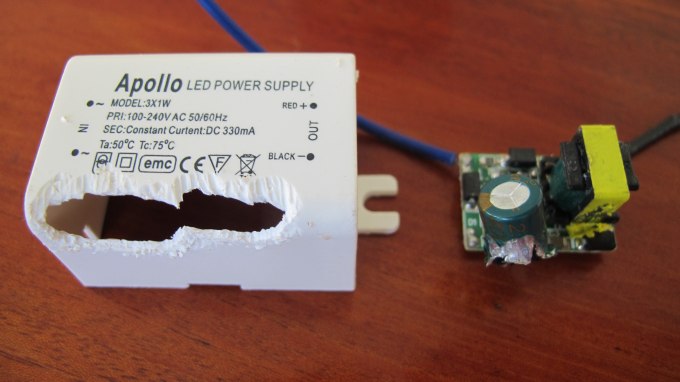 You needn’t be a zoologist to determine who had a sound appetite on APOLLO LED Drivers – M.I.C.E. !!!

All the other APOLLO LED drivers had either disappeared or showed the same traces of little mouse teeth. Above picture shows that these little animals not only liked the box and the cables, they even attacked the electrolyte capacitor and the 230 V transformer.

In a first action I replaced the eaten power supplies and checked the wires as far as I could. Then I removed all the spotlights and put some mouse poison in form of cereals aside the installation hole. 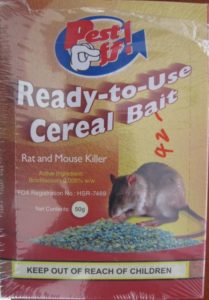 Remaining questions to the manufacturers

1. There is enough space left inside the driver (power supply) box. Why don’t you install a replaceable fuse? Product price would mybe go up by 5 to 10 pesos, but safety would go up by 100%.

2. Why do you use wire insulation that attracts mice and other animals? I already had seen electrical wiring munched by cows.