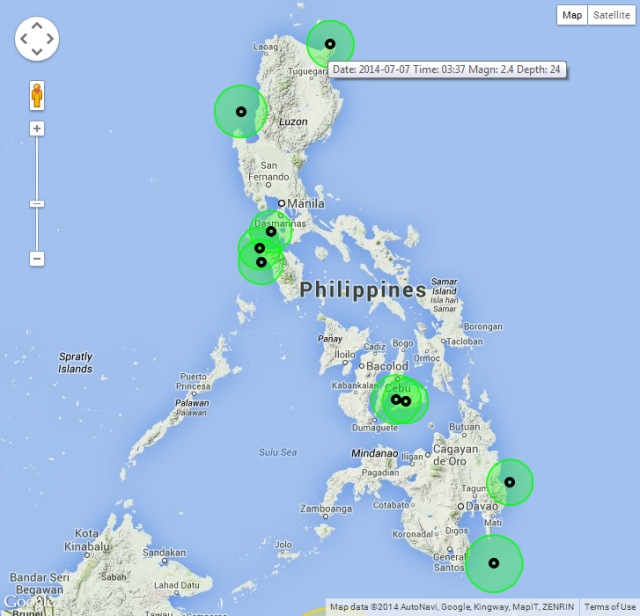 This morning at 03:37 PHIVOLCS recorded the 1000th earthquake this year. The quake happened 7 km north-east of Santa Ana (Cagayan). It had a weak magnitude of 2.4 and the focus had been 24 km deep.

This map shows the ten most recent earthquakes inside PAR, the Philippines Area of Responsibility. The diameter of the circles show approximatively the region where the earthquake could be felt. Data is provided by PHIVOLCS.

This map and other information is available here.