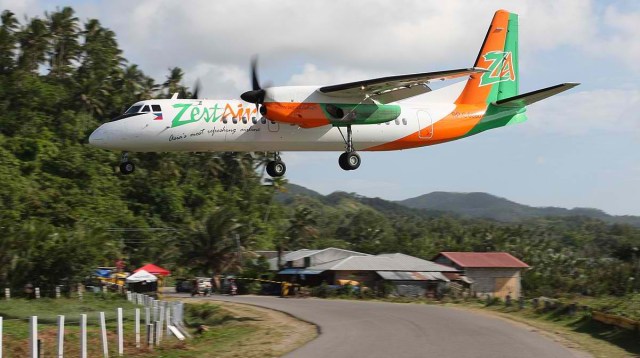 Xi’an Aircraft Industry Co has applied to the Civil Aviation Administration of China (CAAC) to suspend operations of the MA-60 turboprops across the country.

On 4 February 2014, the landing gear of an MA-60 collapsed after a Joy Air flight landed at Zhengzhou Airport. Then earlier this week, an MA-60 operated by Okay Airways was forced to circle for more than two hours after a problem was found with its landing gear. It eventually landed safely at Shenyang Airport.

These incidents are the first reported in China, but the MA-60 has been involved in multiple safety incidents in recent years, many of which involved the landing gear.

In January 2009, an MA-60 operated by Zest Airways in the Philippines veered sharply after landing at Caticlan Airport and crashed into a concrete barrier. Then in 2011 an MA-60 operated by Bolivia’s TAM was forced to land without its front landing year fully deployed, after the mechanism failed.

Zest Air had stopped operation of the MA-60 after the take-over by Air Asia.

In 2013 Myanma Airways flight also swerved off the runway after touching down at Kawthaung – one of three separate incidents involving the MA-60 in the space of two months last year, including two in Myanmar and one in Indonesia.

But the most serious incident involving the MA-60 occurred in 2011, when a Merpati flight crashed into the sea off the coast of West Papua, killing all 27 people onboard. Pilot error was blamed for the incident.

There are currently about 80 MA-60 operating in the world, all with airlines in Asia, Africa and Latin America.

[Editor’s comment:] I have flown only once with a Zest Air MA-60. After this flight from Manila to Caticlan I promised that I would never again fly with one of these China bombers. The noise level inside the cabin had been worse than in any blacksmith’s workshop. Communication had been impossible and the head was throbbing after landing. Fortunately the landing gear had still all nuts and bolts fitted when we came to stop in Caticlan.