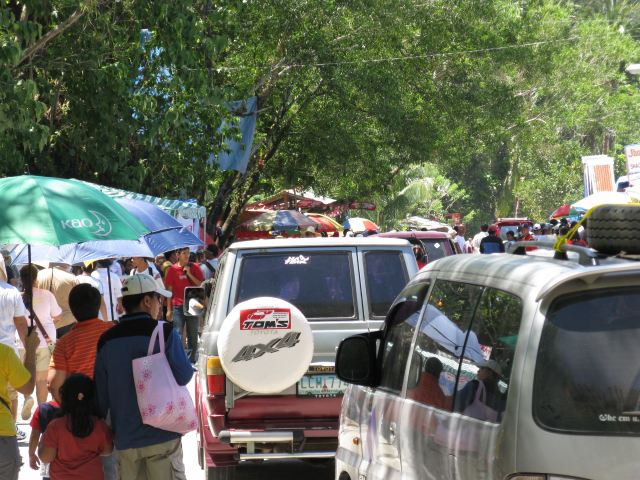 During the Camiguin – Panaad 2014 thousands of pilgrims climbed up the “Via Crucis”, the stations of the cross, on old volcano – Vulcan Daan. Everything went well and only one road accident happened on the highway in Agoho. 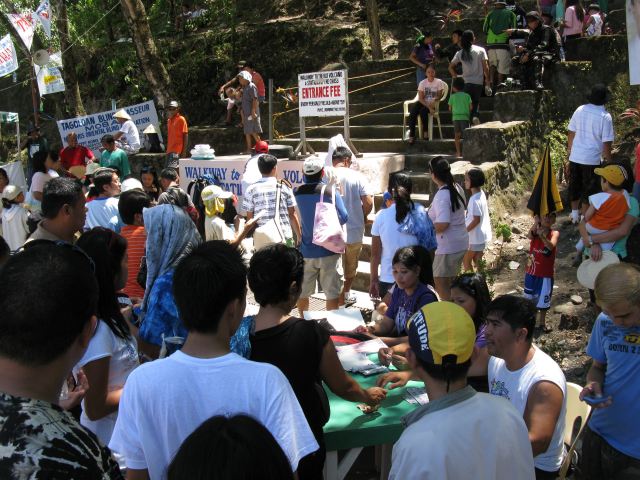 A small entrance fee is collected before people can climb up the “Stations of the Cross”. We hope that this money will be invested in a lot of white paint. I already wrote that last year an “artist” had the idea to paint the statues in bright colors.

Before the artist’s work: 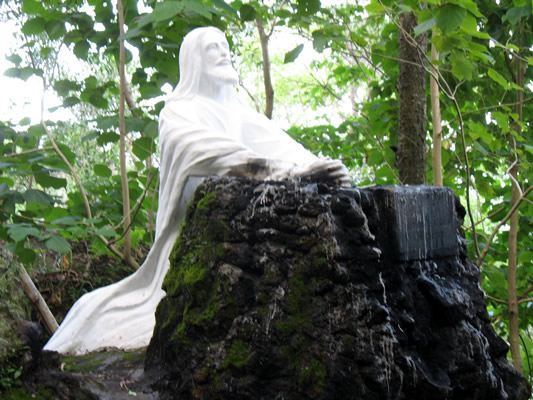 After the artist’s work: 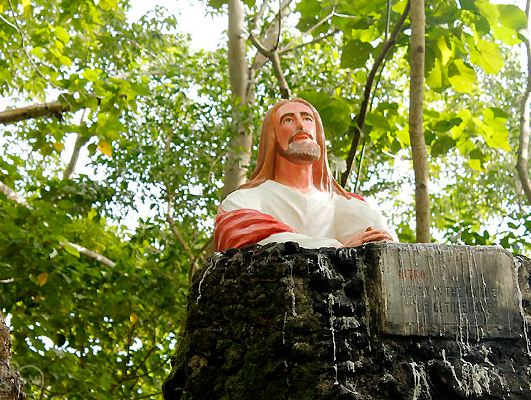 Up to you to decide.

Now the pilgrims need rest and enjoy the wonderful weather. The sun is burning from an almost cloud-free sky. The beaches are crowded and on White Island one sees more skin than sand. 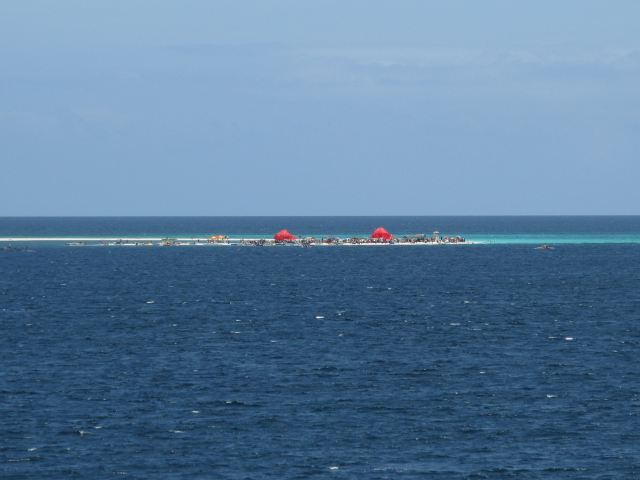 The only thing I am really missing on Easter here in Camiguin is this: 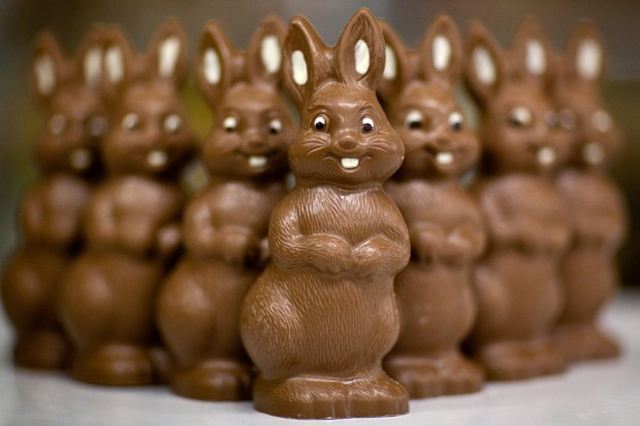