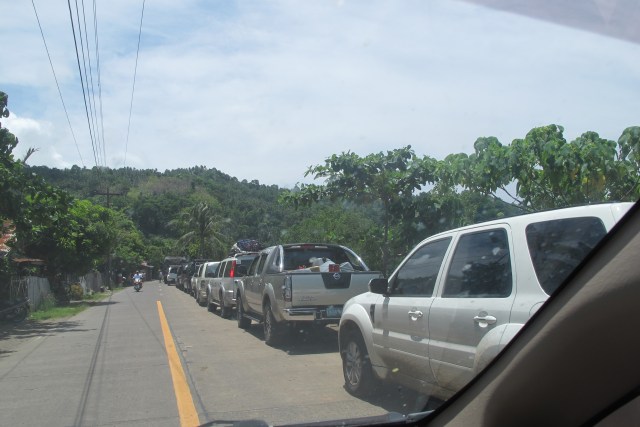 The Camiguin – Panaad 2014 ends today with a great traffic jam in the port of Benoni. At 11 a.m. car number 508 queued up in the middle of the dam of the Taguines Lagoon.

In 2014 again the Panaad in Camiguin could be celebrated under a blue sky and a burning sun. Temperatures were all the time above 30°C (86°F).
Today the visitors who had come with their own car did a real penance. The cars waiting for a ferry queued up from the port to the dam of the Taguines Lagoon. They stood in the burning mid-day sun. In this very season the sun is vertically up at noon. 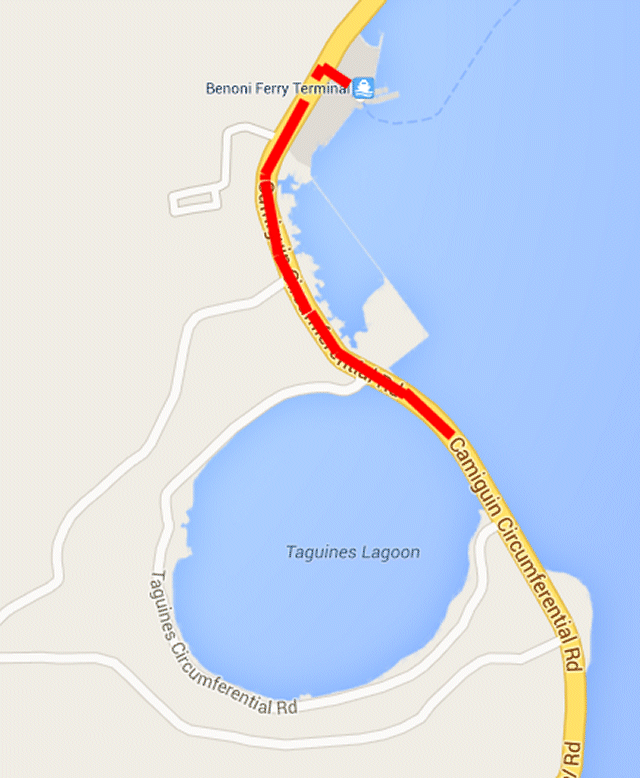 Camiguin Traffic Jam:  At 11:00 a.m. we saw car number 508 of the day waiting on the dam. Some drivers burnt fuel for the air condition in the car. Others looked for shadow under the sparse trees. 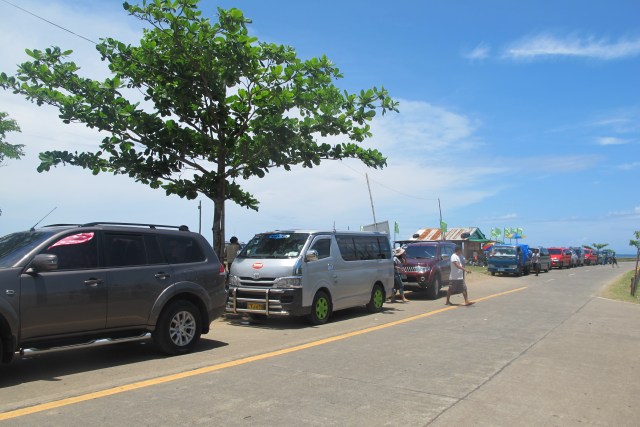 Camiguin Traffic Jam:  With a capacity of about 100 cars every 3 hours, the last car we saw has to wait until the evening, before it will be able to find space on the ferry to Balingoan.

Camiguin Traffic Jam: The cars partially blocked one lane of the Camiguin Circumferential Road. Local traffic had to drive in the fields for crossing. 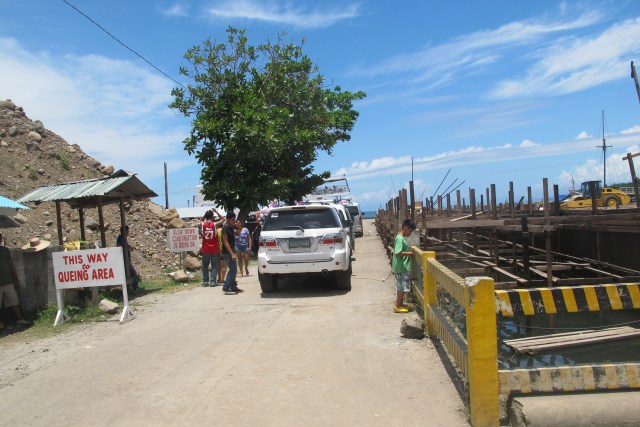 Next year might be better. The works in Benoni port to enlarge the parking lot is slowly advancing. While the new passenger building is now open for the public and even has electricity, it still has no water and the CRs are out of service. 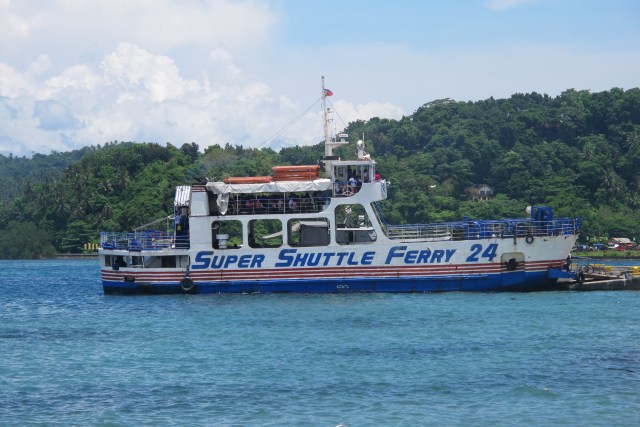 Camiguin Traffic Jam:  Ferry capacity between Benoni and Balingoan is usually sufficient. But during the Holy Week / Easter and during the Lanzones festival in October, the small and slow ferries can not provide enough transportation capacity. Fortunately the coast guard closely monitors the loading of the ferries.

Be patient and have a nice trip. See you again in October for the Lanzones Festival.