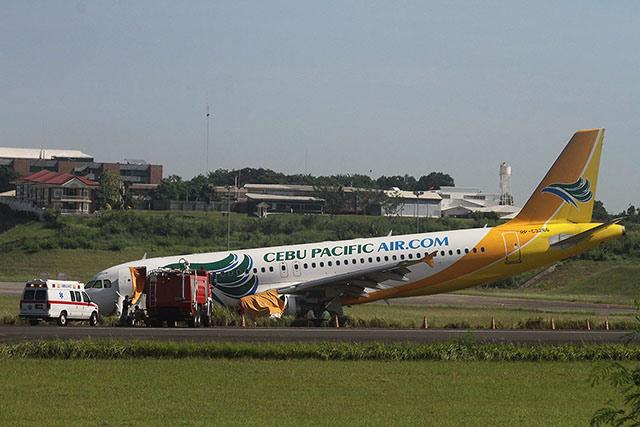 The airport of Davao is still closed because the Cebu Pacific Air A-320 is still on the runway.

Cebu Pacific has the principal responsibility of removing the plane from the area. So Cebu Pacific teams had tried to remove the plane by lifting its nose on a truck bed, then towing it back to the runway but their maneuvers had moved the plane only two meters.

Now the Civil Aviation Authority of the Philippines (CAAP) took over the plane’s removal from the Davao International Airport’s runway.

Cebu Pacific Air, Philippine Airlines and Zest Air had to cancel several flights. Thousands of passengers were stranded in the process. Many of the affected flights were diverted to General Santos City.