Do not throw anything 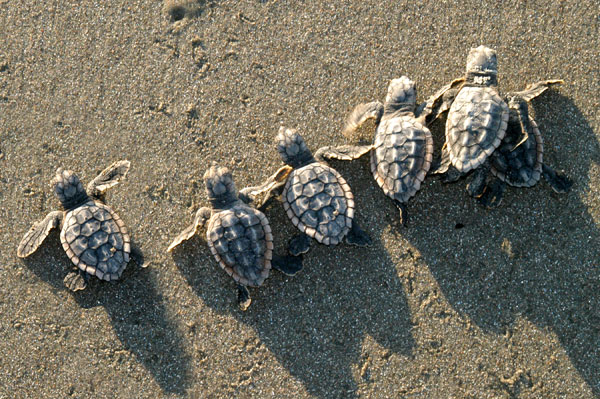 Do not throw anything in the sea or anywhere else than a trash bin. Last Friday morning Fishermen had found a dead sea-turtle floating and it was starting to smell.

This is an excerpt of an article published in Mindanao Times. I publish this article because it makes me sad. All I can say is: Switch on your brain before you throw!

Case in point D’ Bone Collector Museum Inc. is working as a co-author for a scientific paper about marine animal deaths in the Davao Gulf due to Plastic. After we had worked a half day compiling the list with a student working on his thesis we get a text from a Brgy in Agdao for a dead Pawikan or Sea Turtle. We were requested to recover it and find cause of death. 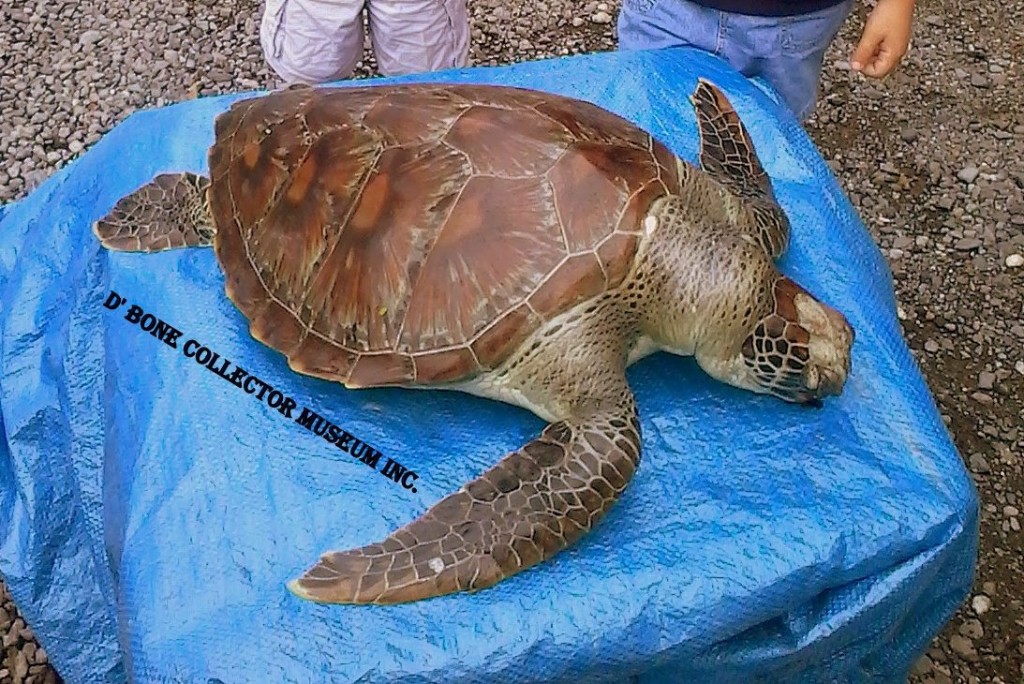 Fishermen had found it floating Friday morning and it was starting to smell. The barangay turned it over to the Museum. As we opened the Green Sea Turtle, an endangered species, we found blockage in the intestines. Upon opening the intestines, we found that more than half of it  was full of plastic bags, nylon fishing string, a local ice crème wrapper and ironically enough,  a plastic toy 5 centavo coin. The other half of the intestines contained undigested sea grass and two pairs of squid beaks.

The Turtle had not starved to death. It had been poisoned by man. Plastic is a culprit but hindsight shows that if you produce something that sells for 5 pesos to people and is consumed and tossed on the sidewalk, it will make its way to the ocean. The small plastic bags were ice water and ice candy wrappers. All the kinds sold by countless sari-sari stores throughout the Philippines. 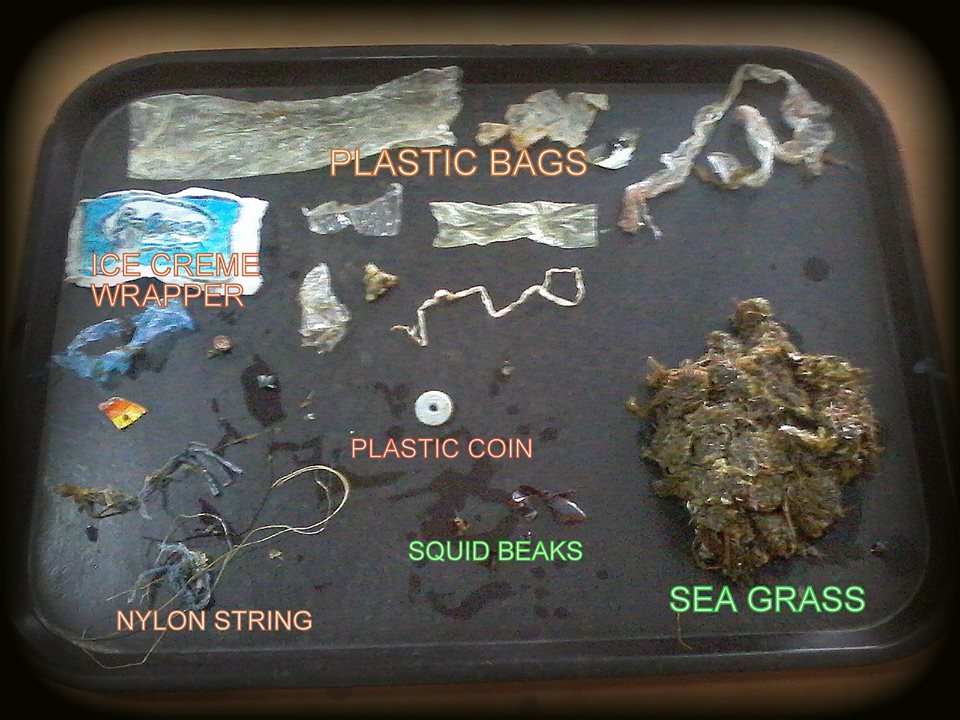 Laws are in place in the country concerning disposal of garbage. But it comes down to enforcement and action! Not by the government, but by the people – absolute laziness  to not take steps to throw away the trash. Always expecting someone else to clean up our mess.

We consume and toss, with no forethought as to the consequences. And yet hindsight would show that throughout history, with no forethought, nations have lost wars, jungles and paradise. What will it take for this generation to see that man’s actions are costing this and future generations untold destruction both in the animals that die due to our trash but also the cost it will take to clean it up.

To put trash in the garbage can cost ZERO pesos. The cost of tossing it on the ground is as follows…. #1 Flooding, canals fill with trash causing blockage. #2 Death, with flooding comes death. #3 Disease, due to flood waters spreading human waste from septic tanks. #4 Money, to replace or clean out garbage clogged drains and roads damaged due to flooding. #5 Higher Taxes, the money has to come from somewhere to fix the damages. #6 Loss of tourism $$$ who wants to visit a garbage ridden country?

This time it cost 1 female Green Sea Turtle’s life. She will no longer be a tourist attraction for Scuba Divers in the Davao Gulf. She will no longer lay eggs along our beaches. Her offsprings are No More and will Never Be. How much is that cost in hindsight?

So for a little hindsight, put the trash where it belongs. Save our oceans, rivers and country for our children.

Camiguin’s government forbids the use of plastic bags in shops. This is a good beginning, but when you have a look into any sari-sari store, you will see millions of small plastic bags containing shampoo and soap just for one wash. Stop selling these micro-quantities!

On ferries one finds trash bins – even two bins for bio-degradable and non-bio-degradable. I got shocked when I saw a crew member of a Super Shuttle Ferry throwing all waste over board into the sea. I informed the company by e-mail. NO ANSWER!