Manila (MNL) airport in troubles because of rain 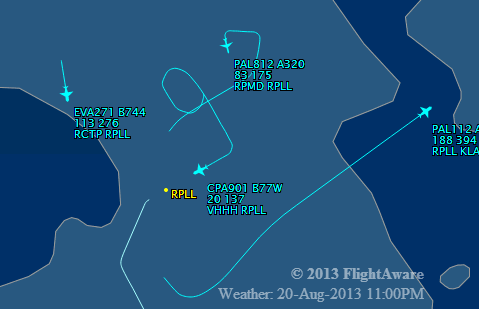 Manila’s airport NAIA is in troubles because of low clouds and sometimes heavy rain. But that’s only one part of the truth. Manila’s airport has no working ILS (Instrument Landing System)!

Both ILS on runway 06 and on runway 24 were installed and calibrated in 2013. And just now, during the rainy season the systems went down.

In some moments the ATC (Air Traffic Controllers) have to order planes to stay in the air, because they cannot see the runway. This paints interesting patterns on the scope screen. 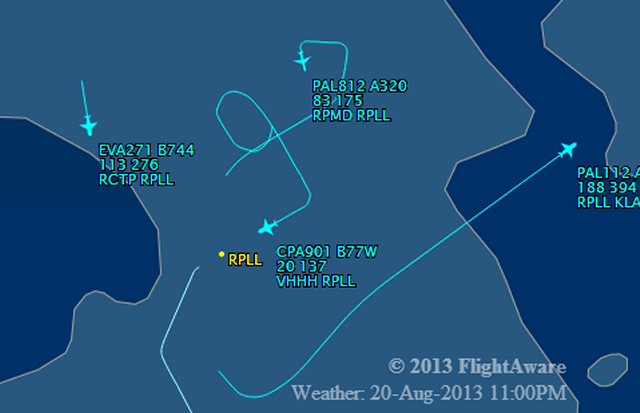 Flights aren’t cancelled but many flights are heavily delayed. Take-offs are mostly on time.

Delayed Manila landings of this morning:

There are more, but we cannot track them. Our Internet connection is so slow today.