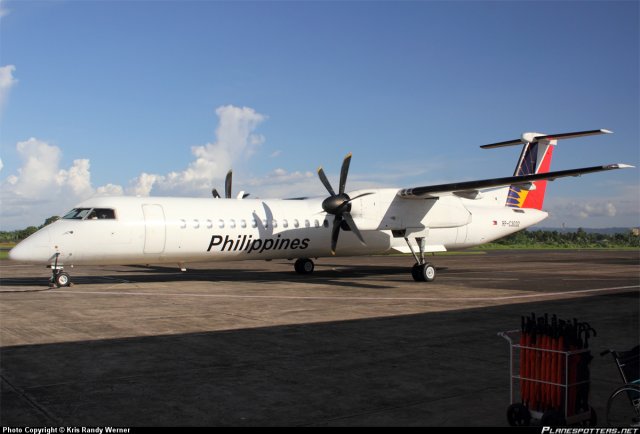 ABS-CBN reported at 1:51 p.m. today:
“A Philippine Airlines flight from Davao City was delayed after its right engine propeller exploded Tuesday night.
Because of the delay, PAL checked in its 30 passengers bound for Cebu at the Pinnacle Hotel in Davao City.
Report shows the plane had already taken off when the propeller exploded.
The pilot then decided to turn back and land at the Davao International Airport.
There were no reported casualties in the incident.
Authorities have yet to identify the cause of the explosion.”

Photo courtesy of Planspotters.net
It seems that the plane is a PAL-Express De-Havilland DHC-8-400.

[Editors comment:] I don’t think that the Propeller “exploded”. For an explosion one needs a combustible and propellers do not contain neither combustibles nor are they built of inflammable material.
Either the propeller broke into pieces or the engine exploded.  The official report will give an answer.