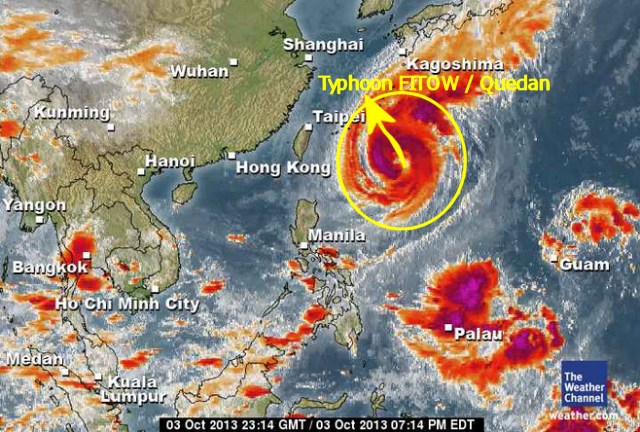 The track forecast by JMA shows that this typhoon will move towards Shanghai. 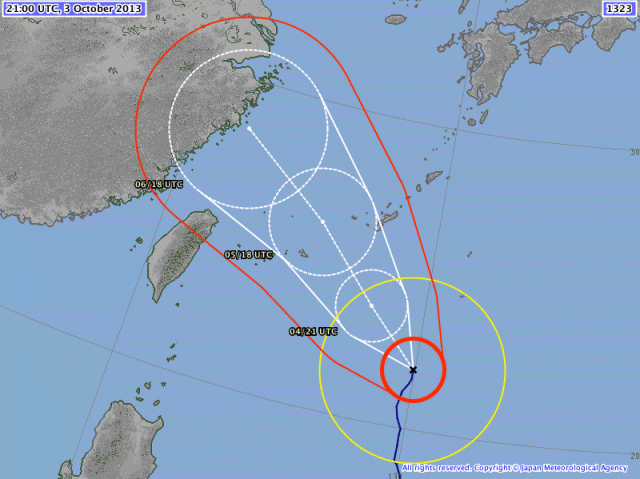 The Low Pressure Area LPA 97W near Guam has also gotten stronger and has been upgraded to a Tropical Depression.

We keep an eye on Severe Typhoon FITOW / Quedan and the Tropical Depression 97W. For more and near real-time information see here: