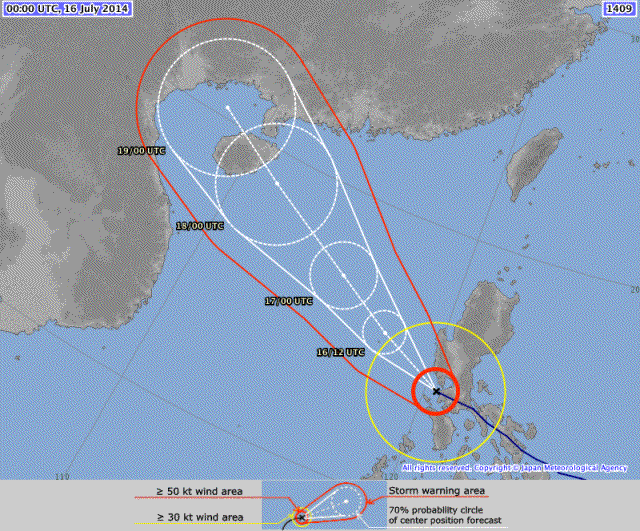 Typhoon RAMMASUN/Glenda had intensified to Cat. 3 last night when it made landfall near Legazpi City. The storm moved over Bicol, shaking Iriga City and Naga City. The storm continued over Laguna and Metro Manila. Currently it is leaving Manila Bay in direction of Bataan.

Relatives in Naga City reported heavy rainfall and some loose metal-sheets flying around. Some trees were cut or uprooted. At this very moment, 10:00 a.m., all Bicol is without power. The cellphone batteries are empty, so we do not get latest news.

Strong winds still persist over Manila Bay while the typhoon is moving towards Bataan. Authorities in Bataan province  evacuated residents in high-risk areas as the typhoon  approached Balanga City. The typhoon lost its clear eye. The center is estimated near San Fernando. Heavy rains fall over Metro Manila. 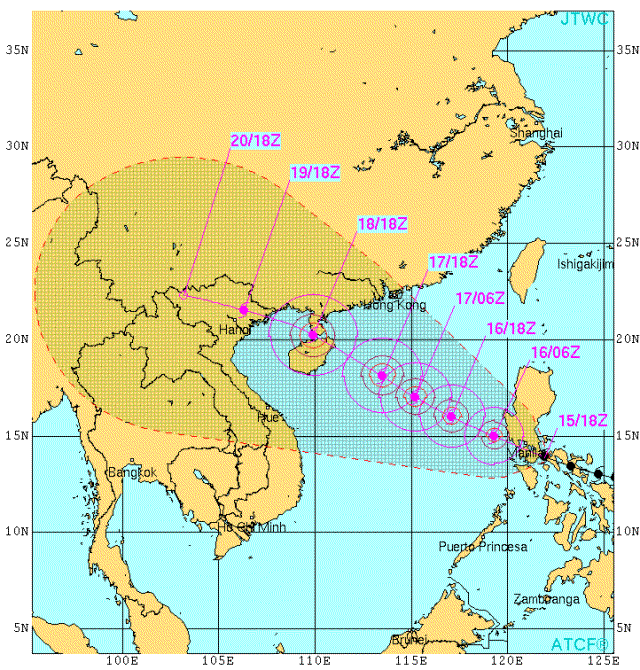 A very good source of information is the DOST “Project Noah”. We recommend to go to the “Doppler” menu and activate Subic Station. 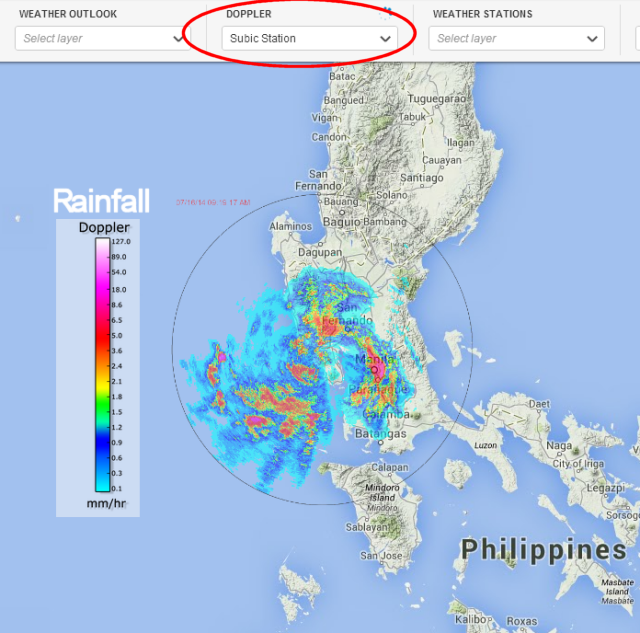