Typhoon KOPPU/Lando gained strength and is now a Typhoon Category 3. The cyclone has slowly approached the Philippines and is now 285 km East of Baler, Aurora. It moves westward at 10 km/h.

The Potential Landfall Area will be along the shores of Aurora by early Sunday morning. Possible coastal storm surge flooding of 1 to 6 m (3 to 20 ft) above normal tide levels is to be expected in Camarines Norte, Northern Camarines Sur (Partido), Northern Catanduanes, Polillo Islands and along Eastern Isabela and Northern Aurora. Storm Surge is the wave front a cyclone pushes ahead of its eye. 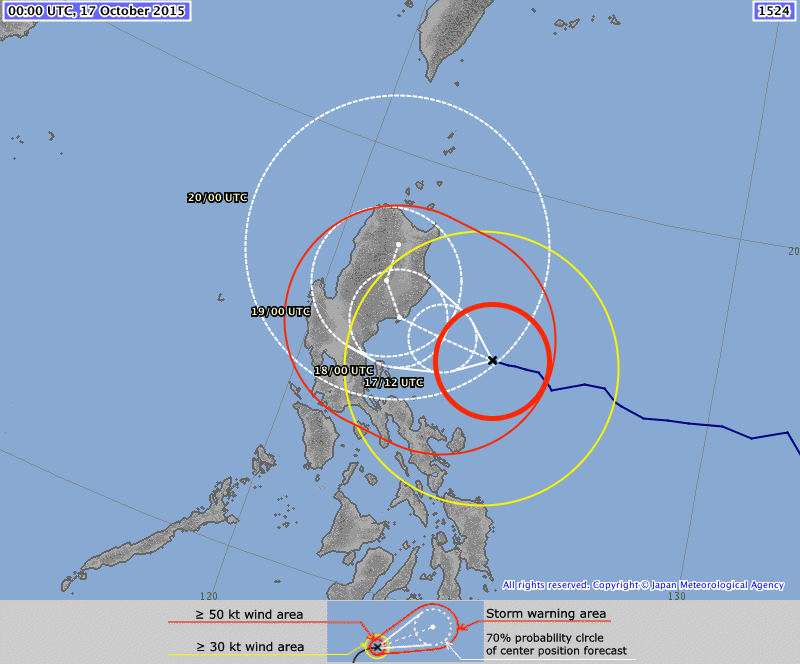 Next update this afternoon maybe.