Visit NAIA-1 before it collapses completely 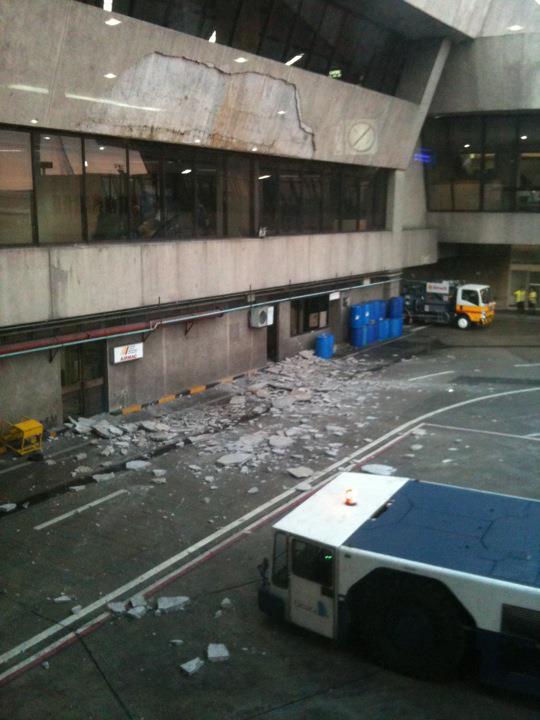 A portion of a parapet wall at the Ninoy Aquino International Airport (Terminal 1) fell on the tarmac Thursday afternoon.

According to the Manila International Airport Authority’s (MIAA) media affairs division, the parapet wall between Bay 14 and 15 fell off around 5:50 PM.

No one was hurt and no damage to other property was incurred, it said.

The area has been cordoned off and cleared of debris, it added.

Last year, a concrete ceiling plaster at the airport also collapsed, injuring two employees and the year before parts of the ceiling in terminal 3 hit the ground.

Since January, the government has been refurbishing the facilities of the country’s premier airport, which was dubbed as among the world’s worst airports by various travel websites.