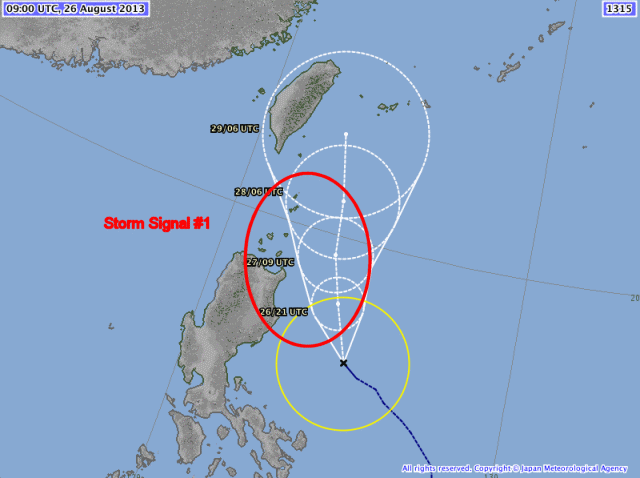 Tropical Storm 91W / Nando has intensified and has been upgraded as it passed northwestwards.

Current direction is northwest at 15 km/h. Winds are: Maximum sustained winds of 65 kpm/h near the center and gustiness of up to 80 km/h.

Estimated rainfall amount is from 10 – 20 mm per hour (heavy – intense) within the 400 km diameter of the Tropical Storm.

91W / Nando is expected to enhance the Southwest Monsoon which will bring light to occasionally heavy rains and thunderstorms Metro Manila and the rest of Southern Luzon.

Sea travel is risky over the eastern seaboard of Central and Southern Luzon.