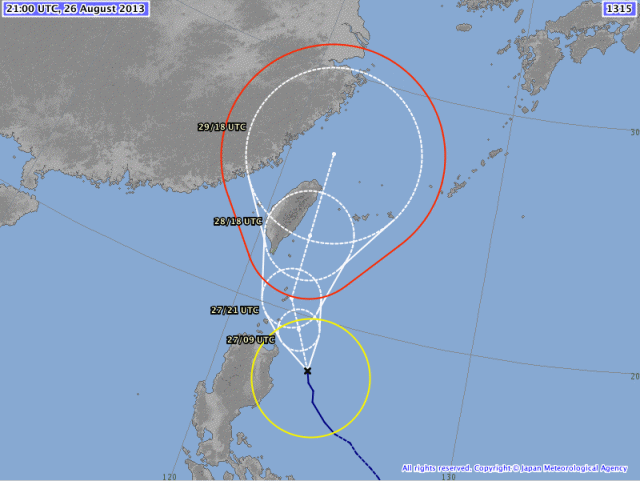 Tropical Storm KONG-REY / Nando has again intensified during the night. At 07:00 a.m. the storm was 190km east of Aparri, Cagayan. It is moving north-northwest at 8 km/h. Winds blow with 65 to 85 km/h. Rainfall is extreme at 45 centimeters in 24 hours.

This storm is amplifying the southwest monsoon (Habagat) as its predecessor (TRAMI / Maring) did last week. Fortunately the suction is not as strong, but it still brings slight to moderate to sometimes heavy rains across the western sections of Luzon. The threat of Flash floods and landslides are likely in hazard-prone areas especially along river banks and mountain slopes of the affected areas.

JMA’s storm track forecast is the most western one. All other agencies predict that the storm turns north within a few hours and the veers north-east.