A new artificial reef for Boracay 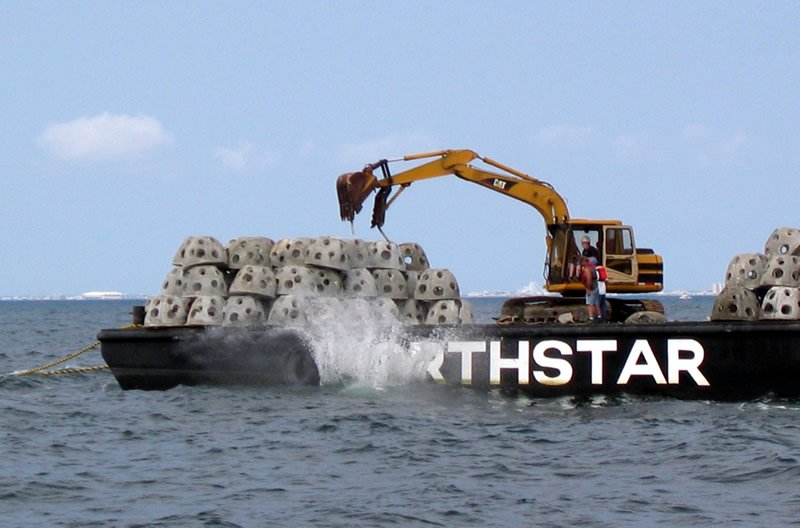 The coral reefs around Boracay had been destroyed by unregulated fishing and boating activities. Fishermen used dynamite and cyanide to catch fish easily. The explosions and the poison destroyed the coral reefs.  Boats damaged the corals when they did drop and drag their anchors.

Begin of February 2012 the Sangkalikasan cooperative started the placing of 5,000 “reefbuds” in a two-kilometer stretch parallel to Boracay’s shoreline. 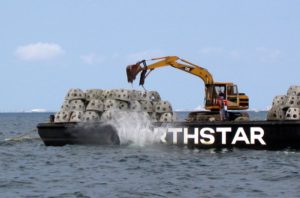 “Reefbuds” positioning similar to those in Boracay.

After many, many years the result may look as this. The hollow pyramid-shaped reefbud, which measures 1.2 meters by 1.2 m and weighs around 450-600 kilograms, is made from a mixture of organic and inorganic materials. They are said to enhance the production of algae, which serves as fish food. Their hollow shape also serves as fish spawning ground. 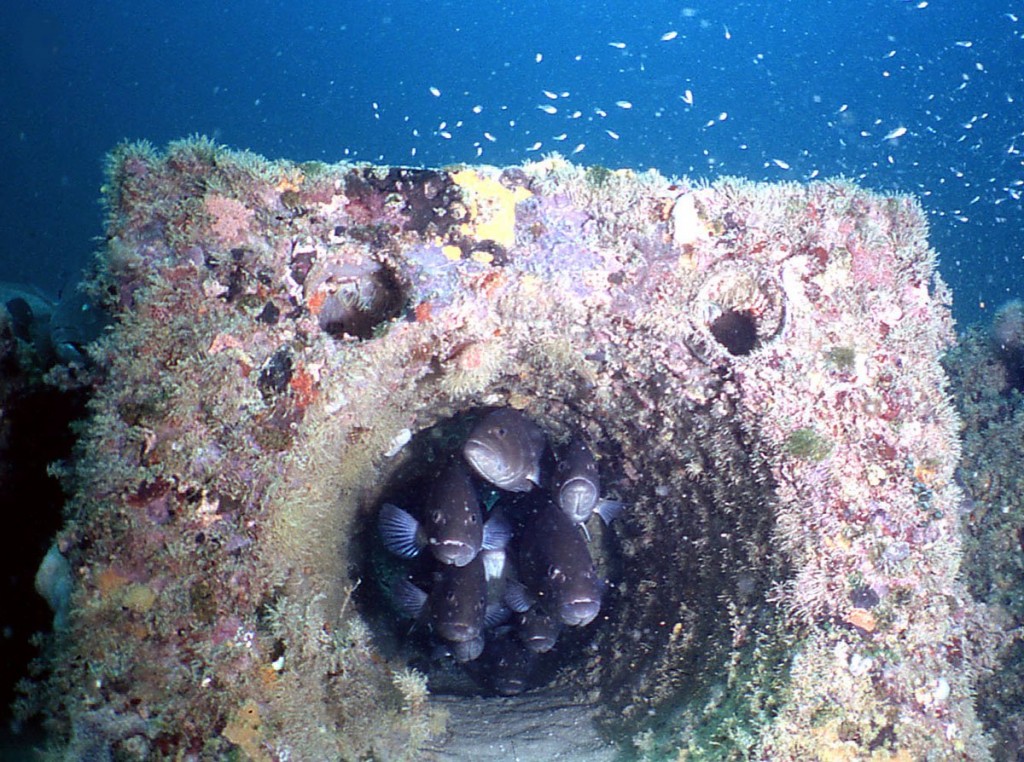 The idea is good. But it had been much better to prevent than to repair. An artificial reef can never compete with a naturally grown coral reef. 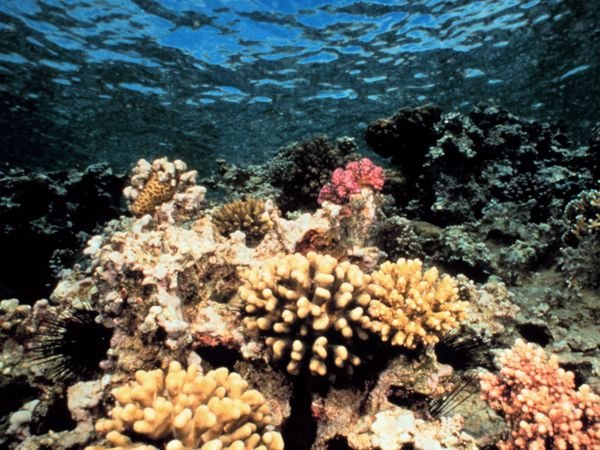