After USAGI / Odette – clean the Beach 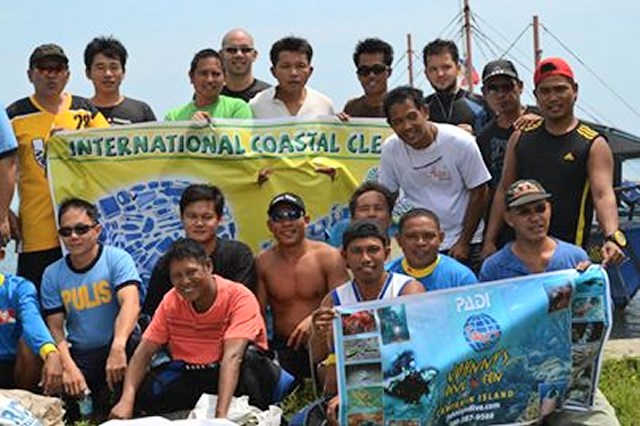 Typhoon USAGI / Odette moved slightly eastwards. Friends from Hongkong informed us that the streets are empty, no ships are sailing and Cathay Pacific had suspended some flights.

Photo courtesy of Camiguin Action Geckos
It’s good to get rid of plastic, glass and cans off the beach.

The problem is the plastic and the torn off fishnets that flow below the surfaces. I have dived off our island and I have seen tons of plastic bags swimming just a meter or so below the surface.
Remains of  fishnets kill thousands of turtles and fishes. I therefore request to teach fishermen to mesh nets wider and of better quality. So they would not catch juvenile fish and turtles would not be drown in damaged nets.