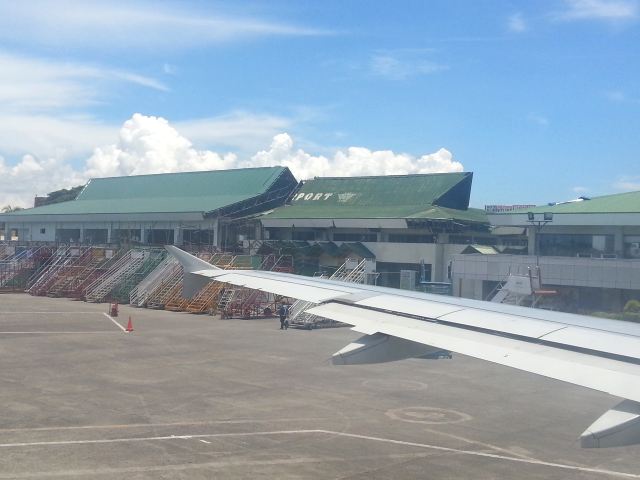 Kalibo International Airport among other airports in the country reflects the incapacity of the authorities to adopt even the lowest international standards.

Manila’s NAIA-1 terminal had repeatedly been elected to be world’s worst international airport terminal. This is only possible because all those voting people had never been in Kalibo.

This is the domestic arrival section. The passengers walk over the tarmac and look for the entrance for arriving guests. Actually the entrance is somwhere between the airstairs in the half demolished building.  When we were there 10 day ago, anybody from outside has access to the luggage conveyor belt. This carousel is a merely 12 meters long. The result is, that only 20 passengers at a time can catch their luggage.

After five days in Boracay we had the doubtful pleasure to test the departure section. The check-in hall had been crowded and the positions of the check-in counters are outstanding. The respective queues at the counters of  3 airlines are crossing each other. You suddenly do not know whether you are in the right queue. 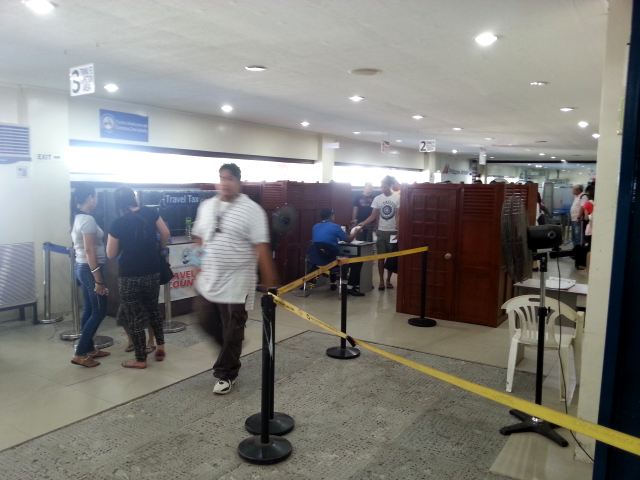 Only one terminal fee booth had been operational. It looked like a kid’s puppet theater. And have a look on the floor. These tiles had been set 4 years ago! 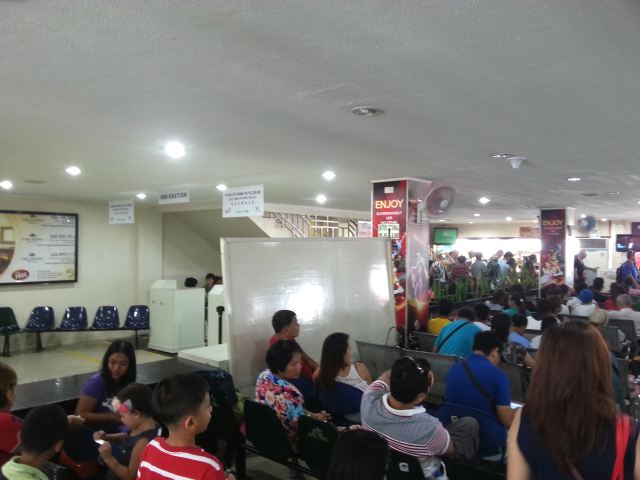 International and domestic sections aren’t really separated. On the picture above you see the international section separated by a mobile white-board. Behind the board two immigration counters are visible. On the floor are the yellow “stay behind” lines. 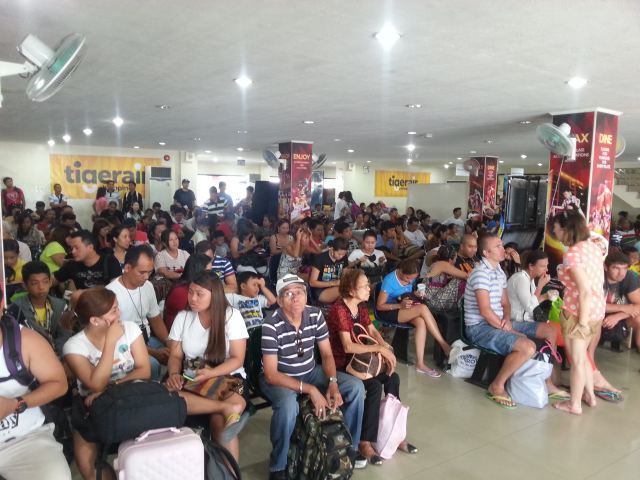 The departure waiting area on ground floor had been crammed full. People standing or sitting on the floor. I did look for a sign leading to the first floor waiting area – none could be found. 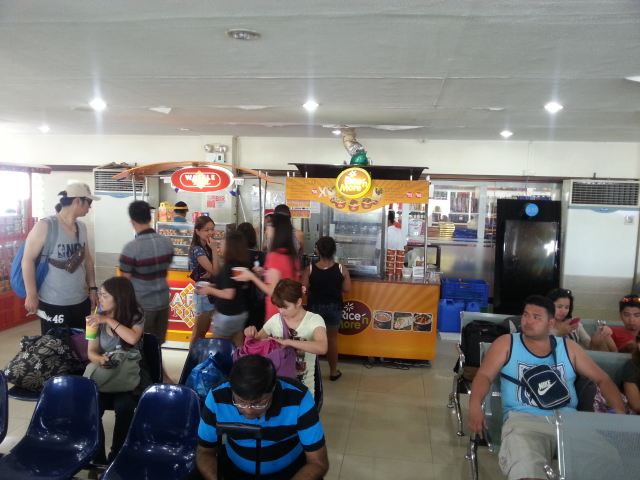 This is the Kalibo International Airport Gourmet Temple! The only food available comes from 5 of these awful franchising fastfood stalls. No decent dining is possible. Airlines request that you are in the airport at least 90 minutes before take-off . This would be enough time for a good meal, but all you can get is junk food. 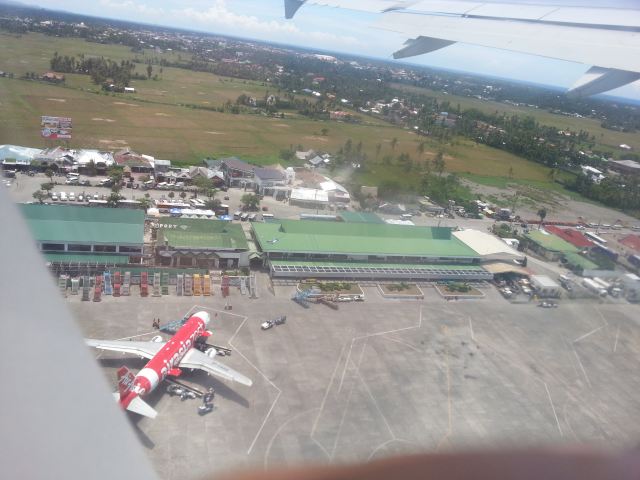 Good bye Kalibo. I am used to airports in the Philippines and do expect absolutely nothing. But imagine the tourist who booked 2 weeks Boracay, expecting to land on a white beach (or at least nearby) and then this tourist encounters KLO …

There are also good things to report about  Kalibo International Airport. They really have a working ILS (Instrument Landing System) and working runway and taxiway lights. Kalibo is operating 24 hours.