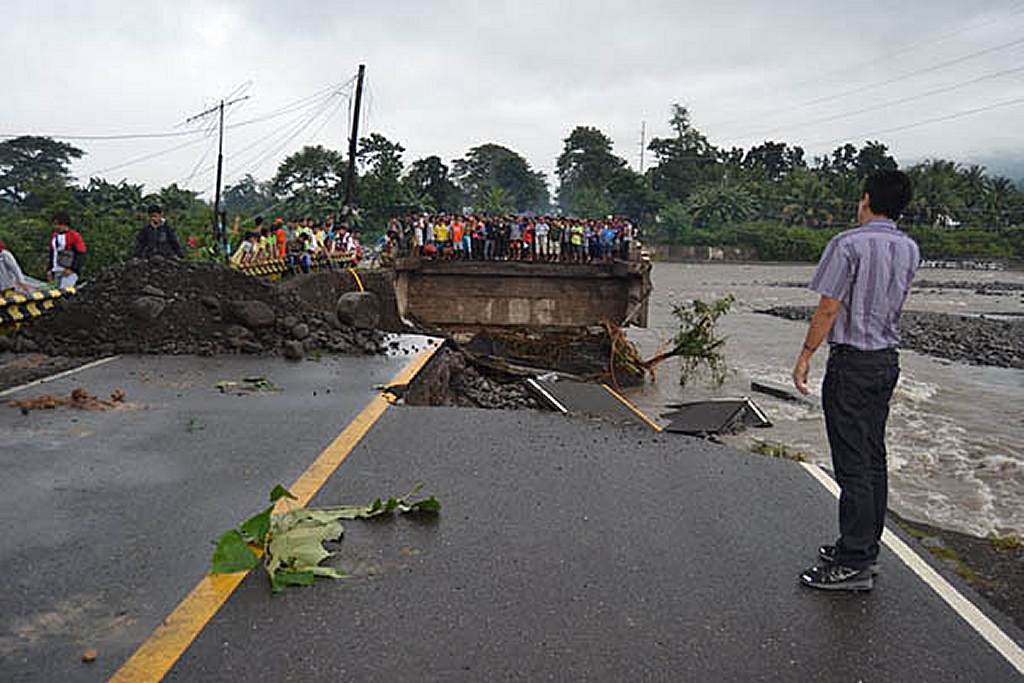 PIA reports: Alignment of the Mambayaan Bridge I in Balingasag town, Misamis Oriental has been restored to its original condition as of Jan.18.

However, it is not yet passable as DPWH is still settling the pier of the bridge. It is estimated to be passable next week for light vehicles only. Government allocated P20 million for the restoration; and P15 million diversion road, said Source: Engr Milagrosa Estandarte during RDRRMC-TWG 1st monthly meeting. The bridge was affected during typhoon Seniang. (PIA-10).

For those who did not yet read “Camiguin Tourism – New Impulses Needed“. The northern connections to Camiguin are interrupted now  for over 8 weeks because two ferries collided and sunk. The southern connection had been interrupted by  OceanJet – not sailing anymore to Camiguin. And then the road connection had been destroyed by the floods.
There seem to be working detours, but count 3 hours from Cacayan de Oro to Balingoan.

[Editor’s comment]: This is a funny example of Pinoy’s optimism. First saying that the bridge is OK and then saying you cannot pass yet. The rest of my thoughts are strictly private. Just think about this original sentence: “Government allocated P20 million for the restoration; and P15 million diversion road” – money – money – money. Where is it going?
And “original condition as of Jan.18” means passing a debris hill at 5 km/h at the western end of the bridge. It hadn’t been the bridge that was damaged. It’s been the western river banks that had been been swept away by the floods.

As weather is good, even excellent in January, I can confirm: It’s more fun in Camiguin.