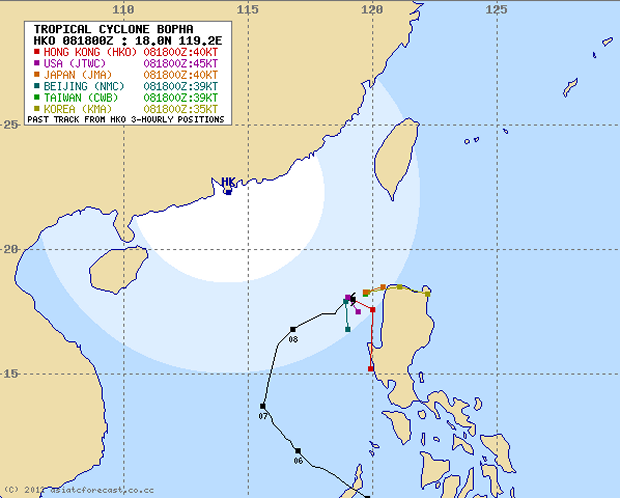 BOPHA/Pablo lost a lot of energy yesterday and last night. It is now a Tropical Storm. If it continues moving East Northeast at 15 km/h, then it should reach Laoag City around 10 AM this morning.

BOPHA/Pablo might “survive” for another day as a Tropical Depression and will then vanish north-east of Luzon.

The multi-agency forecast is spreading. This is normal for a weakening storm. It’s behavior becomes completely random. 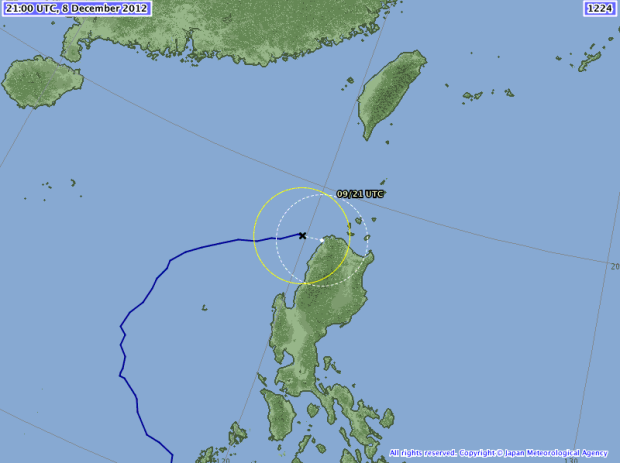